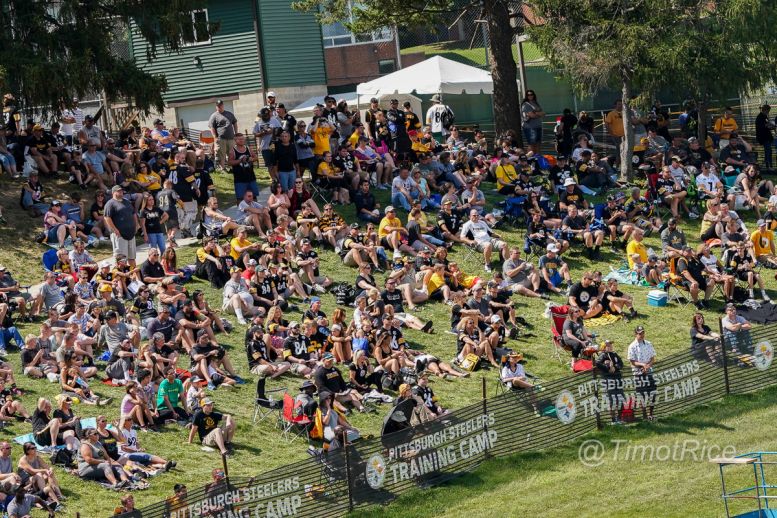 The Pittsburgh Steelers are in the process right now of pouring into Saint Vincent College in Latrobe, PA, which is located about an hour east of the metropolitan city. This is becoming more and more of a significant event with each passing season, for, as of 2019, the Steelers are now just one of 10 teams who actually travel for training camp, rather than holding it at their regular team facilities.

One can’t help but wonder how much longer it will be before there are fewer than five teams left who continue to go away for training camp. But we know in all likelihood whom the two longest holdouts will be: the Steelers, and the Green Bay Packers.

The Steelers have held their training camps at Saint Vincent College since before the man whose name is now emblazoned on the field was even with the organization. The college’s field was renamed Chuck Noll Field in recent years, but Pittsburgh had been going there since 1966, a few years before the Hall of Fame coach arrived on-scene.

And the Packers are the only team with a longer history with their current training camp destination, that being at Saint Norbert College in De Pere, Wisconsin. Their summer practices have been held there since 1958. Vince Lombardi did not join them until a year later in 1959.

Every single one of the other 30 teams in the NFL cannot trace their history with their training camp facility past the 1990s, and a full 25 teams have only been where they are since 2000 or more recent. In fact, 14 teams have relocated to a new facility within the past decade.

That said, there is nothing inherently wrong with holding training camp at your regular practice facility. For one thing, these newer facilities have been custom-built and tailor-made for a team’s needs. In order to even come close to approximating that with an off-site location, a team needs to have a great relationship with a strong collaborative partner, as the Steelers have had with Saint Vincent for many decades.

If you are a team who happens to have that mutually beneficial relationship, however, it can be quite an experience that will not be replicated in the standard work environment. Which is why teams like the Steelers and the Packers continue to ‘go away for camp’ well into the 21st century.