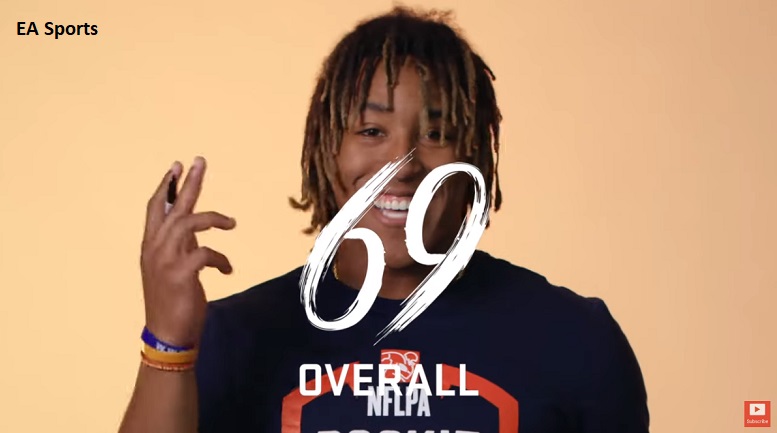 Do you play the Madden video game? While I haven’t in many, many years, I know several reading this post do and thus the annual release of rookie player ratings for the extremely popular video game is an anticipated event. On Monday, EA Sports released the rookie player ratings for the 2019 rookies for the Madden 20 version of the game and you can see the full list of 10 Pittsburgh Steelers players below, courtesy of the game maker’s website.

Here are the #Steelers rookie ratings on @EAMaddenNFL.

Not too far behind Bush in overall rating for Madden 20 are three other members of the Steelers 2019 draft class, wide receiver Diontae Johnson, cornerback Justin Layne and running back Benny Snell Jr. as all three have ratings of 69. Johnson’s 92 agility rating is the second-highest of this year’s group of rookie wide receivers as he was bested only by Baltimore Ravens wide receiver Marquise Brown.

As for Snell’s overall Madden 20 rating of 69, he seems to be fine with that based on what he said in the promotional video released  Monday by the makers of the game.

“Madden did not do me wrong. They did me justice, baby!” Snell says in the video.

For those of you reading this post who are regular players of Madden, I’m curious as to what all of your thoughts are on these player ratings for this year’s rookie class. Are they fair overall? I have no idea.