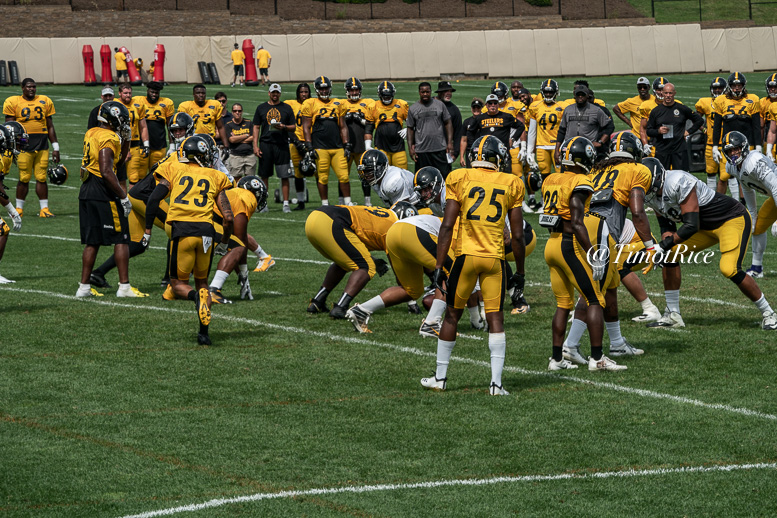 I’ll admit I’m one to loathe the pre preseason predictions. But I know it’s something that interests plenty of our readers and Sports Illustrated offered a relatively glowing preview of how 2019 is going to go for the Pittsburgh Steelers. Author Connor Orr predicts the team to finish 10-6, clinching another AFC North berth.

For Pittsburgh, he writes:

“I have them losing the season-opener to New England but rebounding well. This is going to be one of the most fascinating divisions in the NFL, and we could see a titanic offensive shift now that Antonio Brown is in Oakland.”

To Orr’s credit, he apparently put in the leg work and went through the entire NFL schedule game-by-game to create accurate predictions across the board. Though he does note the season opening loss to New England, it doesn’t look like he shared that spreadsheet anywhere to see the Steelers’ specific wins and losses.

He was Pittsburgh finishing ahead of Cleveland (9-7), Cincinnati (6-10), with Baltimore bringing up the rear with an ugly 5-11 campaign.

Most believe the AFC North race will be closer than that. Baltimore may not win the division, though they are last year’s champs and shouldn’t be overlooked, and at the least will be competitive down the stretch.

Still, each team has their question marks. The Steelers’ defense hasn’t proven the ability to take that next step and they’re searching for how to replace Antonio Brown. Cleveland has a shaky offensive line and questionable safety play. The Bengals’ trenches are a mess, especially on the offensive side of the ball, and Andy Dalton has arguably taken the team as far as its going to go. And Baltimore needs to identify pass rushers and show they can throw the ball, not just run it.

But Pittsburgh, Cleveland, and Baltimore all have convincing cases to make for winning the North too. The Steelers and Ravens are always near the top thanks to the stability with their coaching staff and philosophy. And Cleveland had a terrific offseason and found their franchise quarterback in Baker Mayfield.

If you’re a Steelers’ fan, you’ll gladly take Orr’s prediction. Winning the division, getting into the playoffs, having the chance to go on another Super Bowl run. Failing to do so is wasting the last few years of Ben Roethlisberger’s career.

Check out all of SI’s predictions at the link here.