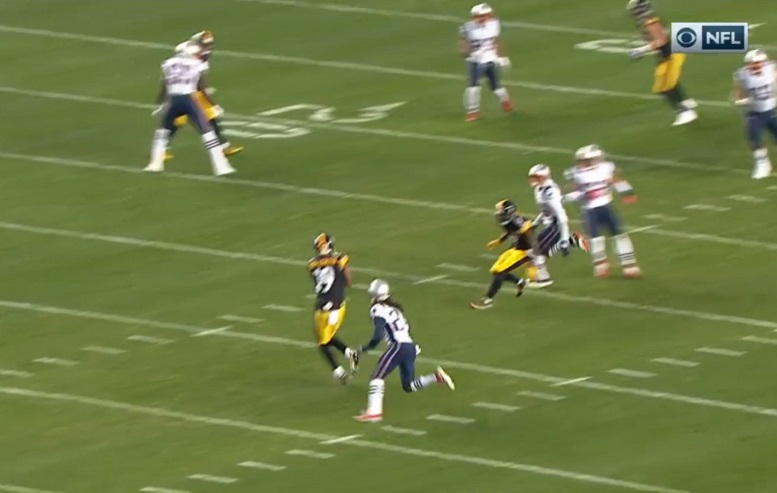 The Pittsburgh Steelers traded away wide receiver Antonio Brown to the Oakland Raiders back in March and since then quite a few analysts have questioned if wide receiver JuJu Smith-Schuster will now be able to be a productive number one in the offense. The main narrative to date has been that Smith-Schuster might struggle without having Brown on the field with him because he’ll start receiving a lot more attention from opposing defenses. While I understand the overall preface of that narrative, most that are perpetuating it don’t seem to know that we’ve already seen Smith-Schuster play extensively in his first two seasons in the NFL without Brown being on the field.

According to our Steelers offensive charting from the last two seasons, Smith-Schuster has played a total of 225 regular season snaps without Brown being the field. 155 of those snaps came during his rookie 2017 season with most of those coming after Brown suffered a calf injury early in the team’s Week 15 loss the New England Patriots. In total, Smith-Schuster caught 20 of 22 passes thrown his way during those 155 total offensive snaps for 319 yards and two touchdowns.

Last season, Smith-Schuster played all of 70 offensive snaps without Brown being on the field with him and most of those came in the regular season finale against the Cincinnati Bengals. In those 70 snaps, Smith-Schuster caught 6 of the 12 passes thrown his way for 39 yards and a touchdown. The young wide receiver will also likely tell anyone that will listen to him that he probably should have had two more receptions in that finale against the Bengals as well. One of those two incompletions was a football that hit him in the chest along the sideline and the other one was one that he caught initially but had ripped out by a Bengals cornerback as he was going down out of bounds.

If you are scoring at home, Smith-Schuster has already registered 26 receptions for 358 yards and 3 touchdowns on 34 total targets without Brown being on the field. That’s almost a quarter of one regular season and do keep in mind that Landry Jones was the quarterback on 9 of those completions.

Quite a few of Smith-Schuster’s 26 receptions without Brown being on the field have come with him working out of either the slot or a bunch formation. That’s not going to change moving forward. Adding on to that is the fat that quite a few of Smith-Schuster’s 26 career receptions without Brown being ion the field have also come when the Steelers offense used 11 personnel, which includes three wide receivers being on the field in addition to one running back and one tight end.

Also, how quickly some seem to forget that Smith-Schuster has already won against some of the league’s best cornerbacks without Brown being the field. Remember this catch late during the 2017 game against the Patriots with corbnerback Stephon Gilmore in coverage?

While not against a premier defensive back, how many remember this route and touchdown against the Houston Texans late during the 2017 regular season? Very impressive.

Will opposing defenses look to do a better job of focusing on trying to take Smith-Schuster away from quarterback Ben Roethlisberger starting this season? Probably, but unless defenses are willing to make their top cornerback travel with Smith-Schuster throughout an entire game, the Steelers young wide receiver is still going to face quite a few favorable situations and especially when he lines up in the slot and in 11 personnel groupings.

Smith-Schuster is now entering his third season in the NFL and with that, he still has room to take another step in his development as a wide receiver. He should easily top the 90 reception mark in 2019 and register well over 1,100 yards receiving.