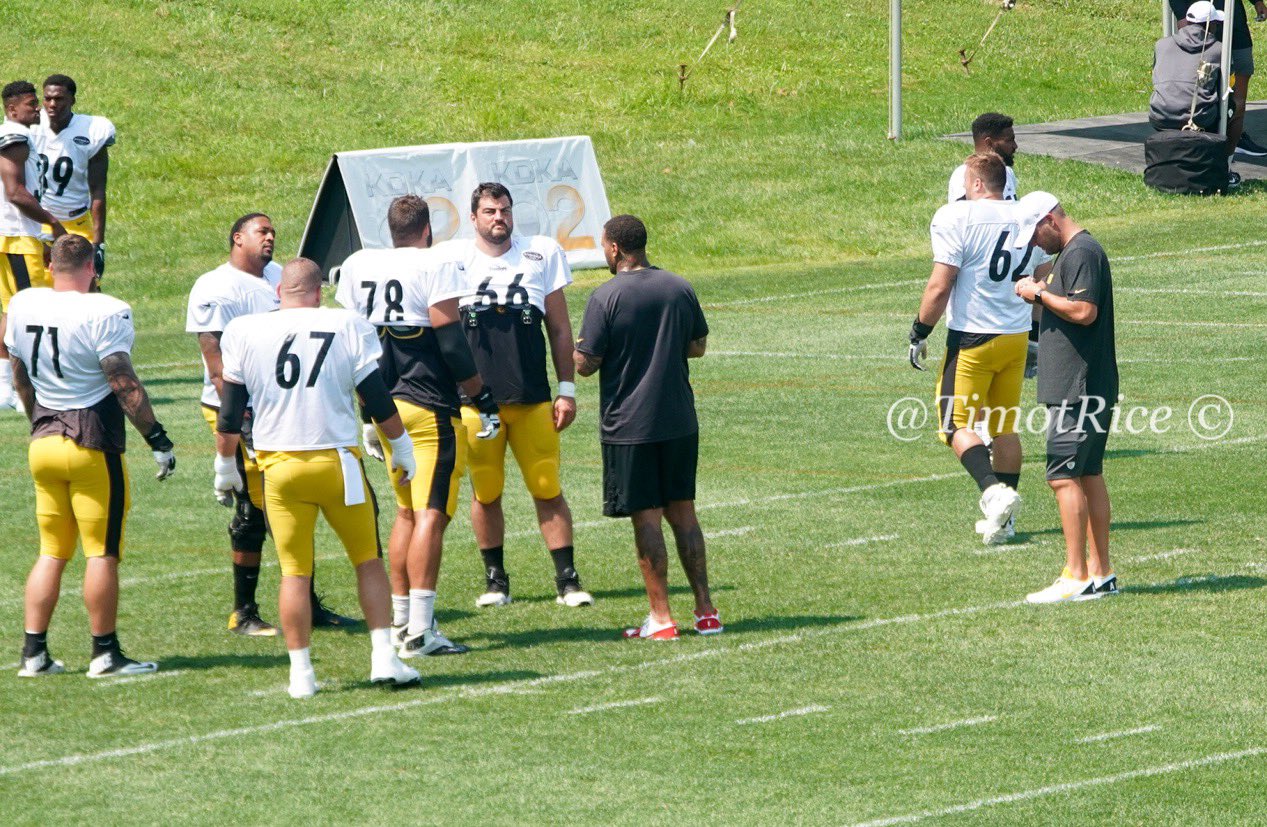 The Pittsburgh Steelers first padded practice of 2019 is now underway at Saint Vincent College in Latrobe and the Sunday session will not include quarterback Ben Roethlisberger and center Maurkice Pouncey as both players are being given the day off.

Roethlisberger normally sits out the first padded practice every year and usually works one and a half days followed by a day off. He said after his arrival to training camp on Friday that the same schedule would likely be followed this year. Pouncey is likely also to have a training camp schedule similar to Roethlisberger’s.

There are at least three or four other players who look like they’ll miss Sunday’s practice and they are outside linebacker T.J. Watt (hamstring), linebacker Mark Barron (unknown) and wide receiver Johnny Holton (hamstring). Watt is still on Active PUP with his hamstring injury and not expected to practice in at least the next few days. As for Holton, he suffered a hamstring injury during the team’s Saturday practice and that injury is believed to be minor. As for Barron, we’ll have to wait and see what reason is given for him sitting out on Sunday.

According to our very own Alex Kozora, it also looks like rookie cornerback Alexander Myres (undisclosed) is also sidelined again on Sunday. Myres seemingly missed the Steelers first two camp practices and head coach Mike Tomlin has not mentioned him being sidelined to date.

After Tomlin address the media at the conclusion of Sunday’s practice, we’ll pass along the day’s injury report and other important news.