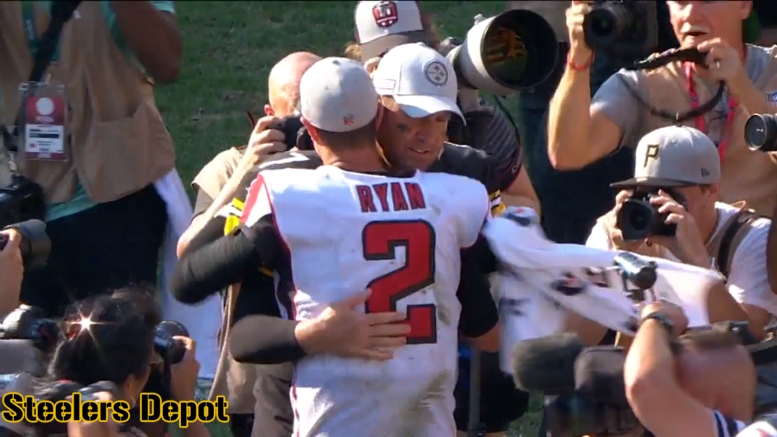 Many believe that we are currently living in the era of the quarterback, and with the evidence available, it’s hard to argue that they are wrong. It takes a pretty amazing season from a non-quarterback to ever win the league MVP Award, to the point where we find ourselves discussing, in bafflement, which quarterbacks have yet to win one.

Among those is Pittsburgh Steelers quarterback Ben Roethlisberger, who is entering his 16th season, and who has had some truly strong seasons under his belt. Probably the best shot that he ever had to win MVP was in 2014, when he threw for 4952 yards, going for 32 touchdowns to just nine interceptions. Aaron Rodgers would win that year, for the second time, throwing for 4381 yards with 38 touchdowns and five interceptions as he took the Green Bay Packers to a 12-4 record.

Coming off a season in which Roethlisberger again led the league in passing yards with 5129, also throwing a franchise record 16 touchdowns, the 37-year-old is once again in the conversation for MVP this year, though in the longshot category. This is a topic that Pro Football Focus recently discussed on their podcast, with George Chahrouri making the argument for him.

That’s why I like Roethlisberger, too, because this is really a question of projecting how well that player is gonna produce stats that people will look at. And then secondarily, how confident are you that that team is going to not just do well, but exceed expectations? Because that’s one of [Tom] Brady’s issues, too, is that they always do great, but their expectations are always super high. The Steelers are not the favorite to win their own division this year. So them just winning 10 games and him having an amazing season [might be enough]. If Brady and the Patriots win 10 games, well, ‘you can’t give him the MVP, they failed this year’.

Many Steelers fans, perhaps rightly, believe that Roethlisberger has been chronically underrecognized over the course of his career. Considering that he has only made six Pro Bowl teams and has never been named an All-Pro, the foundation of the argument is there to make. It’s hard to throw for 5000 yards and not make the Pro Bowl, as was the case last year. Just the second time that ever happened.