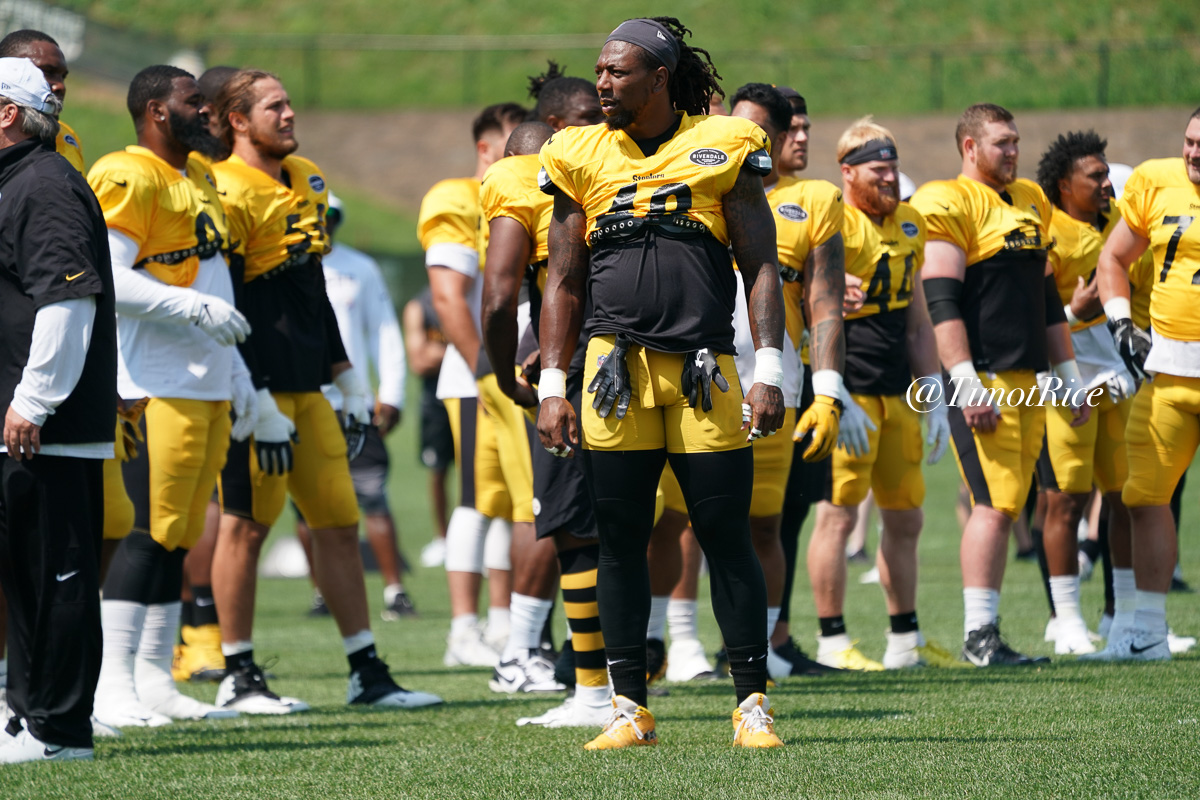 Arguably one of the keys to the 2019 season is how some of the young or underperforming but growing players are able to step up an perform for the Pittsburgh Steelers, and fifth-year outside linebacker Bud Dupree is at or near the top of the list of those names.

The 2015 first-round draft pick has only produced 20 sacks through his first four seasons, a total that his running mate, T.J. Watt, has matched in his first two seasons. Watt recorded 13 sacks in 2018 and was named to the Pro Bowl as an alternate.

It’s not just about sack numbers, of course, but Dupree’s productivity across the board has been fairly middling over the course of his career. Needless to say, there is still room for him to grow, in theory. The question is whether or not he can get any more out of himself. The $10 million question.

The Steelers obviously think so, given that they not only picked up but chose to allow Dupree to play under his fifth-year option this year. General Manager Kevin Colbert talked about his performance relative to his numbers while speaking to Mark Madden earlier today.

“Our front four was very good. We led the league in sacks, I believe, and Bud was part of that”, he said. “You can always look at T.J. having a certain amount himself and Bud having another, but sometimes one happens to help the other, and collectively it’s the four people getting those sacks, not just one or the other. So Bud’s been a part of that”.

It’s true that Dupree does bring some pressure, and part of his issue with relatively low sack numbers has been his struggles in turning pressure into takedowns. But it’s also true that he hasn’t had a great win rate against tackles, and a lot of his pressure comes at least in part due to scheme, designed to get him into pressure opportunities.

Colbert and the coaching staff believe that he can still enhance his game by adding more nuance and understanding to his craft, and which would translate to greater success. Dupree also recently talked about his belief that he is still growing and has shown progression. Said Colbert:

Bud wants to find that other level, and we think he has another level. Again, it’s nothing from a lack of effort or ability, it’s just a matter of maybe making more plays than he creates. I think he’s challenged by that, and again, him challenging himself to be that guy will only help us as a team. But he’s been a contributor. Now we’d just like to see him just get a little more productive than creative.

Does Dupree have another level, and can he get there in 2019 to help the Steelers win a Super Bowl before he hits unrestricted free agency? Truth be told, he hasn’t had much of an impact in training camp so far. We’ll see what the preseason holds for further insights as to what to expect from him this year.