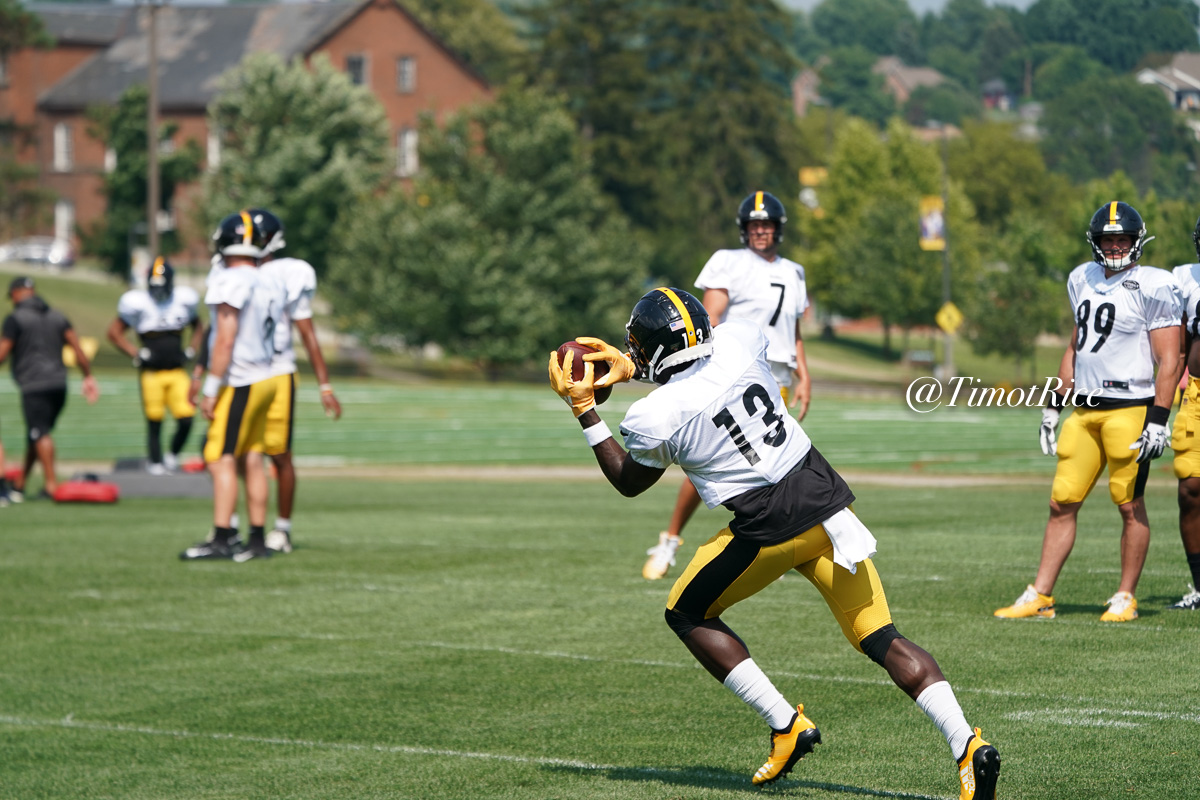 While the Pittsburgh Steelers didn’t need him to be a starter—let alone a star—coming out of college, as a second-round pick serving as an encore to a very successful second-round pick at the same position a year earlier, James Washington felt the pressure of the expectations that came with his slotting and his environment.

The Steelers entered the 2018 already very well-positioned at the wide receiver position, with Antonio Brown a perennial stud and then-second-year JuJu Smith-Schuster coming off a rookie season in which he emerged as the clear number two receiver with 58 receptions for 917 yards and seven touchdowns in 14 games played.

In 2018, the pair combined for over 200 catches 2700 yards, and 22 touchdowns between them, quite a feat that isn’t regularly matched even in today’s high-octane NFL. To have two wide receivers that accomplished at the same time on the same team, working with a quarterback as good as the Steelers’ Ben Roethlisberger, is rare.

And so Washington was brought in, for the long-term to have a major impact, but for the short-term just to serve as a complement to two true stars at the position. They would soak up most of the attention, and he would just have to take advantage of his spots. By and large, for most of his rookie season, he didn’t.

The 23-year-old recently told Will Graves that he felt himself pressing “for sure” last season, pressing to perform and to live up to the expectations that he felt being set up for him, even from the fanbase who just saw Smith-Schuster come in and play like a veteran right away at 20 years old.

“It wasn’t just me. It felt like coaches and fans and everybody, ‘oh, he’s got to do what JuJu did’”, Washington told the Associated Press scribe. “I’m like, ‘I’m not JuJu. You’ve got to realize that’. We’re two different people. You know. Some guys run faster than others and some learn slower than others. It just takes time”.

Though even now Washington remains the elder individual between himself and Smith-Schuster, there is no debate as to who is further along in their development as an NFL wide receiver. A year separated from the draft and of the pressure cooker that is your rookie season, however, perhaps he can settle down into a more comfortable role.

Not that that is going to make him understand the playbook any better, to run more precise routes, or to be in better physical condition. Washington didn’t struggle during his rookie season just because he felt the pressure of the moment. He struggled because he was behind and was never able to catch up by the end of the year.

This year, once again, the demand for him to be a starter isn’t necessarily there. Brown is gone, but in comes Donte Moncrief, the veteran, and they have multiple slot options. The pressure to perform and to carry the team is not his burden.

Now the pressure is not being left behind as others pass him as the forgotten second-round pick. And perhaps that will be the motivation that takes him to the level needed to live up to his potential.