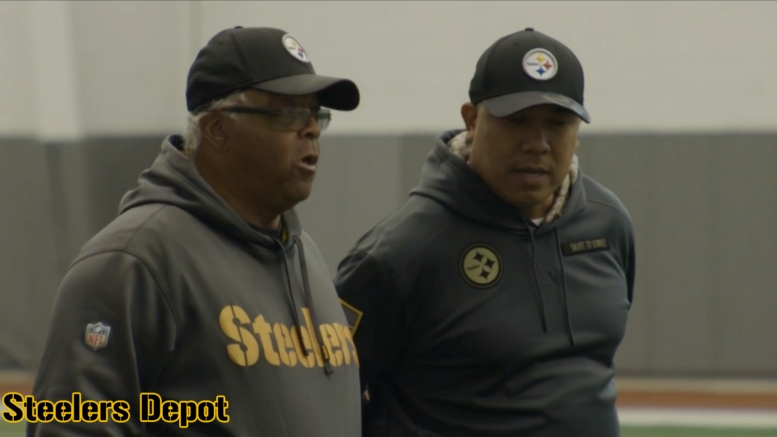 Many Steelers’ fans wanted the organization to hire Hines Ward to be their new wide receivers coach last season. That didn’t happen but Ward now has a new, albeit perhaps temporary, gig.

The New York Jets announced Ward has been hired as a coaching intern throughout training camp. He’ll join former Jet players D’Bickashaw Ferguson and Calvin Pace helping out this summer. From the Jets’ website:

It’s unclear exactly what Ward’s role will be but obviously, he’s a good bet to assist the wide receivers. Ward served as a Steelers’ camp intern in 2017, working closely with JuJu Smith-Schuster through his first training camp. Smith-Schuster went on to have an excellent rookie campaign, catching 58 passes for 917 yards and seven touchdowns. At the time, Ward praised Smith-Schuster’s attitude and willingness to learn, no doubt two traits that earned him the success he’s enjoyed just two seasons into his career.

When Richard Mann retired after the 2017 season, there was at least idle speculation Ward could be next in line given his ties from a playing and coaching perspective. Even Bill Cowher endorsed the idea.

“He’s a tough guy who loves the game, he’ll find ways of getting it done and he did that in the National Football League for a pretty good career. So, you know, I think there’s a lot to be said about people that don’t come in as gifted and as talented as other people, but they are self-made and he is a self-made guy that I think would be an excellent coach.”

Ultimately, the team decided to hire Darryl Drake. It was an understandable move. Drake is a longtime wide receivers coach and has been in the NFL since the early 2000s and has a similar, old-school coaching style as Mann. Drake led a successful group last season, helping Smith-Schuster take the next step in his game. He’ll now be tasked to get James Washington to make a second-year jump, get rookie Diontae Johnson up to speed, and integrate Donte Moncrief into the offense.

The Steelers hired two former players to serve as coaching interns this summer. William Gay is working with the receivers while David Johnson is with the tight ends.