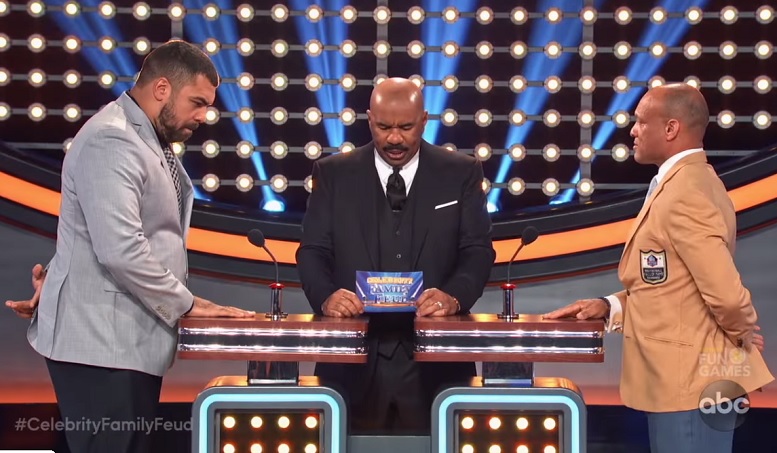 During the soon-to-be ending NFL offseason, Pittsburgh Steelers defensive lineman Cameron Heyward participated in the taping of a special celebrity edition episode of the Family Feud that will reportedly air Sunday night, July 14 at 8:00 p.m. EST on ABC. That episode pits the NFLPA All-Stars against the NFLPA Legends and it looks like Heyward served as the captain for his team, according to a released video teaser on social media.

Later on this season of “Celebrity Family Feud,” former Steelers quarterback Terry Bradshaw, his wife and three daughters will participate on a special edition of the show. Additionally, Steelers wide receiver JuJu Smith-Schuster and members of his immediate family will do battle against the family of professional gamer Tyler “Ninja” Bevins in a future celebrity edition episode.

Family Feud is currently hosted by Steve Harvey, who has held that job since 2010. The original network version of the show aired on ABC in July 12, 1976 and was hosted by Richard Dawson.

It's a @NFLPA feud this Sunday! Who will come out on top? All-Stars or Legends? #CelebrityFamilyFeud pic.twitter.com/QQKivQ3vrt