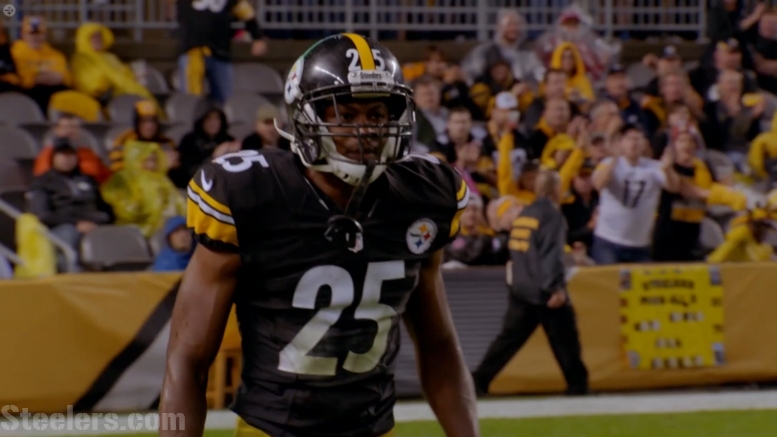 Topic Statement: Artie Burns will be the number three outside cornerback in 2019.

Explanation: Burns, the 2016 first-round pick, has spent the majority of his career as a full-time starter, but he was demoted and then benched last season. Once Coty Sensabaugh was doing well enough, the Steelers rode with him. Sensabaugh is gone, but Steven Nelson was brought in to start. That leaves Burns competing for the top outside backup cornerback spot with, among others, Cameron Sutton and rookie Justin Layne.

I’m pretty confident that very nearly everybody is going to sell this, but the more that I think on it, the more I believe it’s quite possible. Of the cornerbacks on the roster,  Burns is, quite frankly, the only one not starting who has meaningfully done anything in this league.

While he had some consistency issues in 2017, his performance that year was by no means bad. He got off to a bad start last season and was never given the chance, in-game, to work though his issues. Just because last year unfolded as it did doesn’t mean his entire career is over.

In fact, if anything, this situation could help him. As a starter, he and the coaching staff had to be focused on getting him prepared for each game. Knowing that he’ll be a backup, he can spend more time concentrating on his fundamentals. Sutton hasn’t given any indications that he is better than Burns, and Layne could be too fresh to contribute in that kind of role.

The entire premise of the question is predicated on the notion that Burns will rebound. This is a theory that won’t even be tested until the regular season. He has had good camps and good preseasons before. It’s in the in-game—real game—situations where he has faltered.

He may be more talented than Sutton, but the team may end up trusting the latter more to carry out his assignment and not bite on double moves and things of that nature. And Layne could plausibly be ahead of schedule in his development. Being the first off the bench on the outside isn’t too tall a task to ask of a rookie cornerback, to be quite frank. The New England Patriots won a Super Bowl with a rookie college free agent starting or playing a significant role throughout the year.