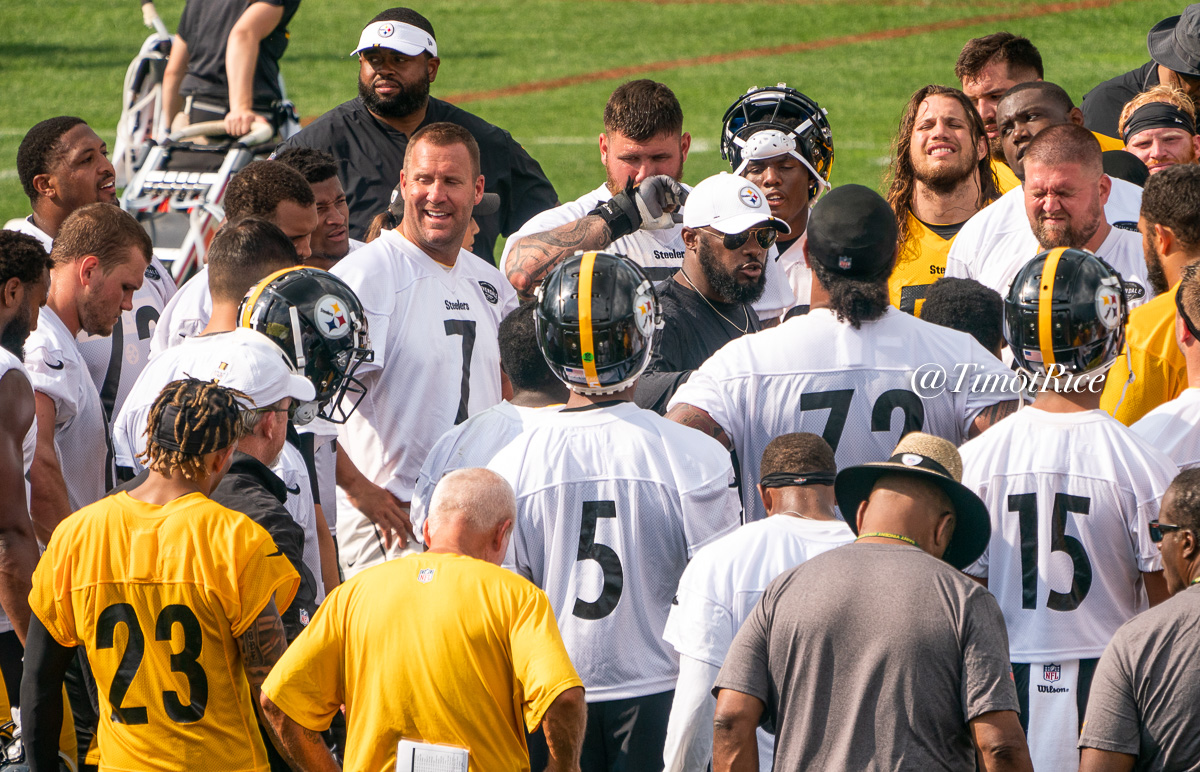 The Pittsburgh Steelers might not throw the football nearly 700 times again in 2019, but those who are around could still see their target share increase. That is because nearly 170 of the targets tossed around last season are now with the Oakland Raiders, sent there in a package deal along with the wide receiver who tried to catch them, Antonio Brown.

Brown has in fact led the team in targets every year for most of his career now, commanding consistently over 150 of them every year, sometimes even nearing closer to 200. JuJu Smith-Schuster came close to matching his targets last year, and will surely have a similar target share this season, but without a clear number two, those balls will be finding a variety of homes. At least that’s what it sounds like from Ben Roethlisberger.

“My approach has always been to spread the ball around”, he told Kurt Warner yesterday after practice during an interview for the NFL Network. “We’ve got a lot of guys that can make plays for us. Obviously you lose a big chunk of that in AB, and Le’Veon as well, but the guys are ready to step up. The guys are excited about it. I’m excited about it. I don’t care if we throw for 500 yards. All I want to do is win a football game. It might not be the prettiest at times, but as long as we can win, that’s really all that matters”.

Smith-Schuster got off to a good start at training camp, making a few of the catches that Brown was wont to make that gets the crowd in attendance excited. That is, of course, the most important ingredient in moving on from Brown.

But also showing up were Donte Moncrief, James Washington, Diontae Johnson, and the rest of the cast. Roethlisberger understands that these and others are the guys who are going to be making plays for him, something he knows he’ll have to try to remember once they get on the field.

“I think what I’ll have to try to be careful of is not try to do too much”, he admitted, in moving on without Brown. “You do kind of reel yourself back in at times, don’t try and worry about being extra special. Just take care of the ball, get it where it’s supposed to go, and let the rest take care of itself”.

The offense has been heading in that direction already, with Roethlisberger having greatly reduced his average time to throw and depth of target as the team’s yards after the catch figure has climbed up and up, compatible statistics that show the unit moving more toward players making plays rather than simply the quarterback making throws.

But Roethlisberger’s skill guys will have to continue to step up and make those plays for him, especially now without his biggest and most consistent playmaker being around any longer. There will be times when he still has to step up and take the team on his shoulders, but the team seems confident in the group of weapons it has assembled entering training camp.