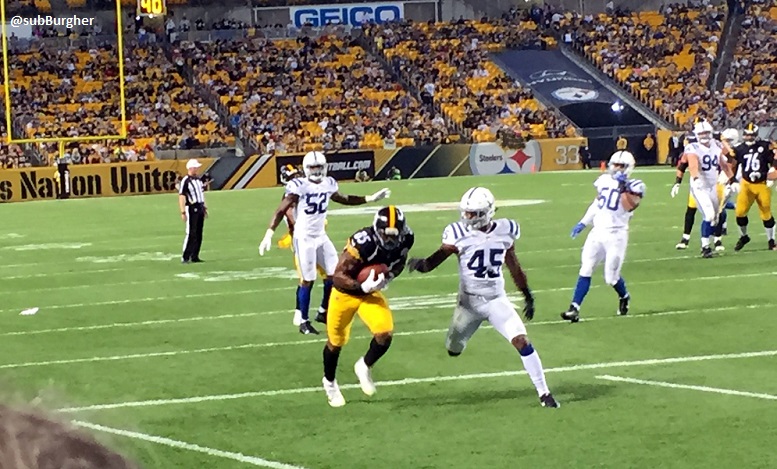 The Steelers offered Xavier Grimble, the fourth-year tight end, an original-round restricted free agent tender earlier this year. While it exposed him to other teams, as he was a former college free agent, the tender pays him about $2 million, which is a decent pay raise for him, and could be commensurate to his taking on a number two role at the position.

That spot opened up with Jesse James leaving in free agency, signing with the Detroit Lions on a deal that was worth about $6 million per season, which they were obviously not going to match as they are set to watch Vance McDonald perhaps have a breakout year.

With the departure of James, it was assumed that tight end would be at least some sort of a priority. They entered the third day of the draft, however, without having gotten one, and only in the fifth round did they find Zach Gentry, who still had a lot to learn about the position and may find it very hard to contribute this year.

I wrote soon after the draft that the drafting of Gentry, rather than a more likely immediate contributor, saw Grimble’s stock go up. But since then, he has survived other challenges, with the potential of the Steelers adding a veteran. They already tried to do so in putting in a waiver claim for Jordan Leggett. It’s possible that they may have also put in a waiver claim for Michael Roberts, but he is currently unable to pass a physical, so nobody is picking him up.

The point is, he made it through the spring without a major challenger being added to the mix, and he figures to keep that status entering training camp, so I think that’s worth acknowledging a rise in his stock.

Will that change in training camp? It’s certainly possible. The Steelers have been good for a trade or two per year in camp, and tight end would be a sensible place to trade for a player. But for the time being, he is the clear number two, and that’s unlikely to change between now and the end of the month.