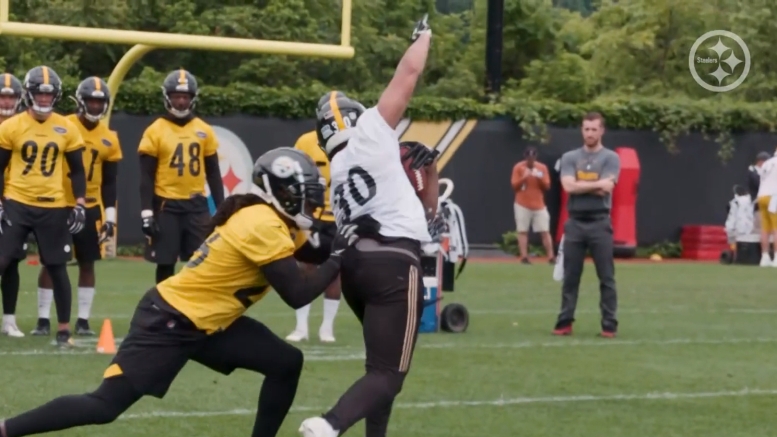 Another player that we’re doubling back on as we get to the final days before having nothing to talk about, and another running back, is James Conner. The third-year player could be primed for a big season, and there’s no reason to think that he can’t outdo what he did last year. He might not get as many touchdowns, but I believe he can be a better player.

One thing to keep in mind is that he started out last year rehabbing a torn MCL. While he reported to OTAs in better shape than he was as a rookie, he has taken his conditioning to yet another level in 2019, as evidenced by his social media postings, even as recently as within the past couple of days. There’s no doubt that he is going to report to Saint Vincent absolutely ready to go.

If you watched his interview that he gave earlier this month, you can also see how driven of an individual he is. This year, he knows that the only obstacle to him having a great season is himself. There is no Le’Veon Bell hanging over his head. He has the work in front of him and is in the process of putting it behind him.

One thing that I expect him to improve upon this year is his play-to-play efficiency. While he posted a strong 4.5 yards per carry last year, he also had a relatively low percentage of positive, or ‘successful’ runs, and a good chunk of his yardage did come off of gains of 10-plus or 15-plus yards to offset.

Ball security is another issue after he fumbled four times last season, but you have to imagine that he’s the kind of person who will dedicate himself to fixing his mistakes. Running backs coach Eddie Faulkner also appears to have introduced new drills pertaining to ball security that may help.