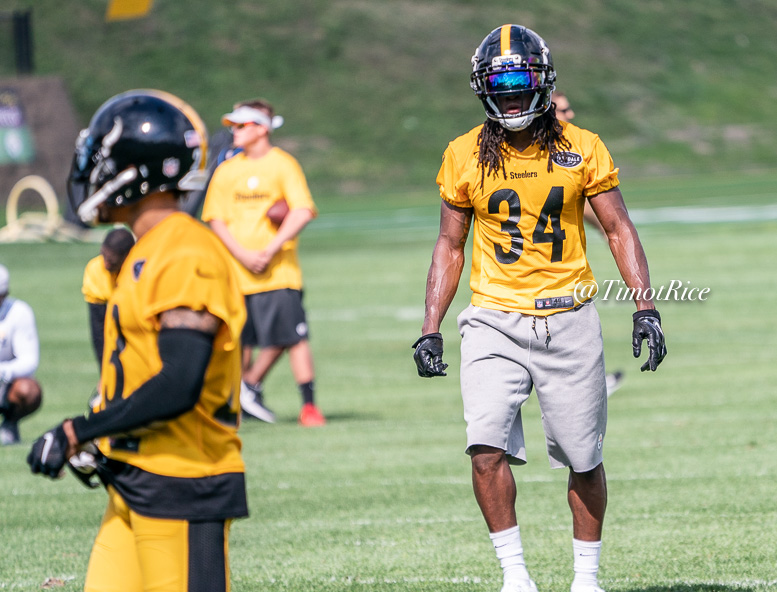 Last but not least, the safety group.

Sean Davis: Good for him to have a second year at free safety. More comfort this year than last season. We’ll see if he gets a contract extension but I’m not holding my breath and Davis may want to take the year and “prove it” if he can pick off a few passes and take advantage of a suddenly hot safety market. It’ll be nice to see him snag a few this month but that doesn’t guarantee success beyond that.

Terrell Edmunds: Similar to Davis, but even more, it’s great to have Edmunds to hit the ground running in year two. No question of where he stands. He’s the starter from Day One. Want to see physicality he’s capable of right away. Took awhile for him last year, no doubt attributed to him taking time to play fast and feel confident in what he was seeing. More consistency as a tackler, too.

Marcus Allen: Wow, what a big year for him. Not sure how much we’re going to see of the Steelers using a dime defense, maybe for a handful of snaps, but he should be 2nd team SS and get first crack at that dime role when the year begins. You want him to take a leap, yes, but unlike guys like Edmunds and Washington, he doesn’t have the benefit of rookie experience. Allen played just 30 total snaps a year ago, 18 of those on defense, yet Mike Tomlin first pointed to him when talking about sub-package players after the draft.

It’s a clean slate with him basically but the combination of playing in space, defending the run, and tackling the catch are all going to be key. Feels like there’s a lot of faith in him, right or wrong.

Jordan Dangerfield: One of the hardest hitters in camp, that’s not going to change this time around. He’s currently the backup FS to Sean Davis and the personal protector of the punt team so I like his odds to make it. Not a lock and there are some interesting sleeper options behind him but given the shaky depth and inexperience, it’s hard to see them dumping Dangerfield when it’s time for roster cutdowns.

Kameron Kelly: Kelly received some buzz this spring for the 1st team reps he received. That seemed largely influenced by Davis and Dangerfield’s absences but Kelly has a receiver background and the ability to make impact, splash plays. That’s what this defense needs. He’ll have to show he’s athletic enough to play deep center field as the post safety. A lack of speed is one reason why he’s playing safety, not corner, as he did his senior season at SDSU.

PJ Locke: Big hitter. He’ll probably draw some noise from the crowd in camp with the reckless abandonment that he plays. Good trait to have as a UDFA trying to earn a spot. It’ll be about playing under control just enough and coming to balance to be a reliable open field tackler, not just a straight-ahead missile who is easily avoided by any running with more mobility than an 18 wheeler.

Dravon Askew-Henry: In a similar bot as Locke. Some redundancy with these strong safety types who thrive the closer they are to the LOS as opposed to playing in space. Has to find that balance of being a hard hitter and not missing tackles. Performing well on special teams will go a long way.

Brian Allen: Honestly just forgot to add him to yesterday’s CB list. But maybe that was an omen. Allen is listed as a backup safety on the team website’s depth chart, though those can be terribly unreliable. Once an exciting prospect, he’s almost become an afterthought. Had a terrible preseason last year, playing with poor technique, getting out of phase, and whooped repeatedly downfield. Has to clean that up and show there’s progress. Some work at safety makes sense, too, given the current roster construction.

Marcelis Branch: I believe he’ll be playing safety but I’ve seen him listed at corner too. Guessing he’s more of a free safety type which helps him a little bit. Needs to communicate well, read route combinations and key the ball, and not let the ball over his head.