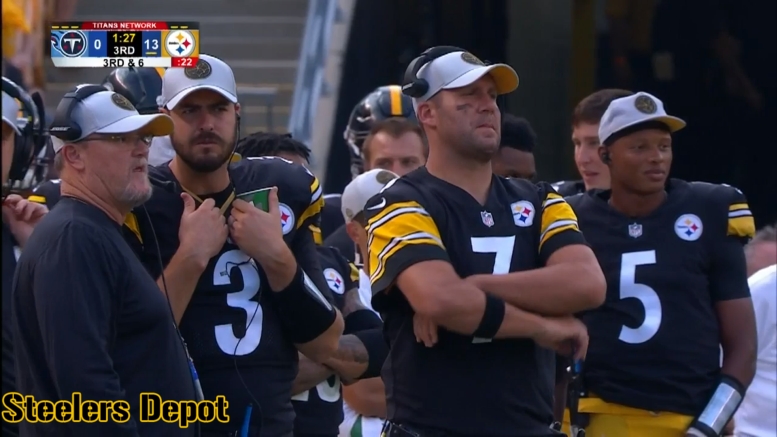 Question: Will Ben Roethlisberger see more time than usual in the preseason due to the number of changes at the skill positions?

I’m not quite sure the last time the Steelers’ offense at the skill positions last changed this dynamically from one season to the next. To lose the best wide receiver in football, even if you have another rather good one, is a big deal, especially when there is limited experience and exposure involved with the rest of the group.

With Antonio Brown gone, everything changes. JuJu Smith-Schuster moves into a leading role, and the team has to figure out the roles for the rest of the group behind him, among which basically nobody had a significant or impactful presence last season.

The leading candidates for major roles are Donte Moncrief, a free agent signing, and James Washington, a second-year former second-round pick who saw a lot of snaps with less than marginal production.

Needless to say, if these are to be Roethlisberger’s number two and three receivers, it would be wise to get more work in with them over the course of the next couple of months to establish some sort of rhythm, beyond what can be produced in padless spring practices.

Then there’s rookie Diontae Johnson, who seems to be a figure working in and out of the rotation, which may be his role at the start of the year. The only players he has seemingly had more of an established rapport with are Eli Rogers and Ryan Switzer, who may find themselves on the bottom of the depth chart, or off it entirely.

All this could lead one to wonder if we might see Roethlisberger play a bit more in the preseason—perhaps play a bit longer in the third preseason game—than we have in the past. Quite frankly, I’m guessing not, but I wouldn’t be opposed to it.