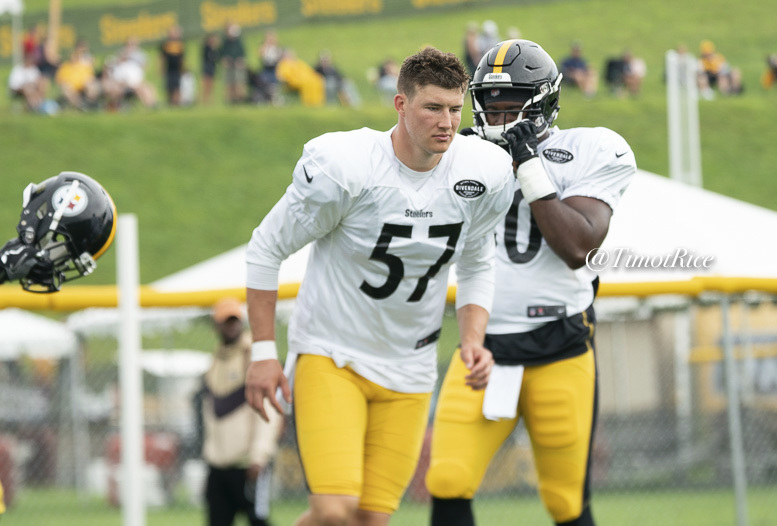 If you know me, I can write about special teams for days. And I have. So it only makes sense that after exhausting pretty much every other topic on the subject, the logical conclusion is to at least make note of the Pittsburgh Steelers’ long snapper. That man? Kameron Canaday.

Most people, myself included if we’re being honest, didn’t expect him to be in this spot right now. Heck, the team’s own website initially spelled Canaday’s name wrong and the Steelers once released him in May 2017. Once brought back, he was seemingly playing second fiddle in the 2017 training camp behind 6th round pick Colin Holba. Drafting a long snapper? Dude’s gotta make the team, right? Didn’t happen. Danny Smith said it was a close battle but one won by Canaday.

Since then, he’s had back-to-back quiet regular seasons which for the position, is the best news possible. The only time a long snapper gets noticed is if something goes wrong. That’s how he got cut in Arizona after a botched snap on a field goal contributed to a Cardinals’ loss.

He even had the harder-than-it-looks fake field goal snap to let Chris Boswell throw his touchdown to Alejandro Villanueva in the Denver Broncos’ game. Props there. I did spot an issue of him being a bit grabby on punts, and he was called for at least two holds this season but overall, still a good year.

Field goals and punts, as Smith will tell you, are an operation. It’s not just a kicker kicking or a punter punting. There’s a snap, which involves velocity, timing, and placement, that creates the foundation for the specialist to do his job. And though I won’t pretend to know the nuances of the position, there’s an art to snapping the ball. You can, believe it or not, actually snap the ball too hard.

Pat McAfee talked about it on his podcast in recounting his Senior Bowl experience. There, the long snapper for his squad was Jake Ingram, who wound up getting drafted by the New England Patriots but barely lasted more than one season. The reason, according to McAfee, was pretty surprising.

Point is, there’s an art to how to snap the ball and there are football camps all over the country dedicated to it. Canaday hasn’t had a terrible snap in his two years with the team and Pro Football Focus included him in their Pro Bowl honorable mentions at the end of 2017.

Keeping him is helpful in getting Boswell on track. Maintaining continuity within the operation, the snapper and holder, is crucial just as it is for other positions like quarterback and receiver. Otherwise you’re making the kicker adjust to even more variables.

I have to give a note to Canaday’s toughness too. He played the end of last season injured, suffering a sprained knee against the Chargers that I can’t imagine fully healed anytime during the regular season. Even on the play he went down, a friendly fire victim to Roosevelt Nix’s block, he attempted, ultimately unsuccessful, to chase down Dez King on his 73 yard punt return TD.

Gotta feel for Kameron Canaday. He's had a rock solid year as the Steelers long snapper. Twisted his knee on the punt, writhing on the ground. Still tries to get up and chase down King at the end. Didn't quit. Hope he can play this weekend. pic.twitter.com/Ea4ajy9s9H

Canaday figures to be the team’s long snapper when they travel to New England in Week One. The only other listed long snapper on the roster is Trevor Wood, who admits he’s much more of a tight end and only snapped in emergency situations. When the season starts, the backup long snapper is likely to be Vance McDonald, who snapped a little bit at Rice in college and if you venture to training camp, you’ll probably see him get a few reps in early in practice.