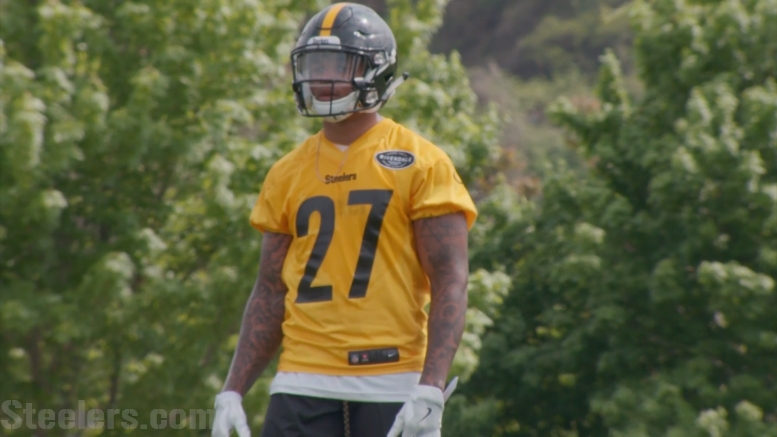 As Pittsburgh Steelers starting safety Sean Davis sits out spring practices with a minor injury, second-year defensive back Marcus Allen can’t help but recall being there himself last season, and at a potentially much greater cost. The Steelers were deep at safety last year and his inability to get on the field was severely jeopardizing his chance to land a job.

“It bothered me a lot”, he told Kevin Gorman of the Pittsburgh Tribune-Review of his injury-plagued offseason of 2018. “I got here, got drafted and had high expectations for myself. Being not ready and able to go out there and show what I can do was disappointing. I wanted to show what I can do”.

Initially suffering an injury all the way back during rookie minicamp, Allen pretty much would not go through much meaningful practice until the Steelers headed out to Latrobe and Saint Vincent College for training camp. He missed OTAs and mandatory minicamp, and then also missed time in training camp as well, including one preseason game.

“Now that I’m all good and healthy it feels like I’m back at home”, he said of his current offseason experience, however. “It feels good to get back to work. Last year, I wasn’t out here for OTAs so it was like being on the outside looking in and getting the feel of it”.

Allen plans to be a much bigger part of everything this year. While he knows that a starting spot—working behind Davis and 2018 first-round pick Terrell Edmunds—is not realistic right now, he said earlier this offseason that he doesn’t ever want to experience being healthy and not dressing for a game again.

Following the 2019 NFL Draft, Head Coach Mike Tomlin specifically singled out Allen as a young second-year player who is ripe to develop into an expanded role, discussing him in terms of potentially playing that hybrid dimebacker role. He did play in that position in the game against the Los Angeles Chargers due to extenuating circumstances with the players ahead of him on the depth chart.

He called last season a “humbling” experience, saying that “it was definitely like being a freshman in college all over again. I just had to sit back and observe and listen to what everybody had to say. I had to build up my confidence to be everything they want me to be in this organization”.

As you might recall, the Steelers after the draft a year ago said that they drafted Allen in the fifth round, even though they had already taken a safety in the first round and signed two at the position as unrestricted free agents, because he was the highest player remaining on their board.

Pittsburgh did not have a fourth-round pick in 2018, so they went from the late third round to the early fifth without picking. They fully expected the Penn State safety to be gone by then, so when he wasn’t, they knew they would be adding him.