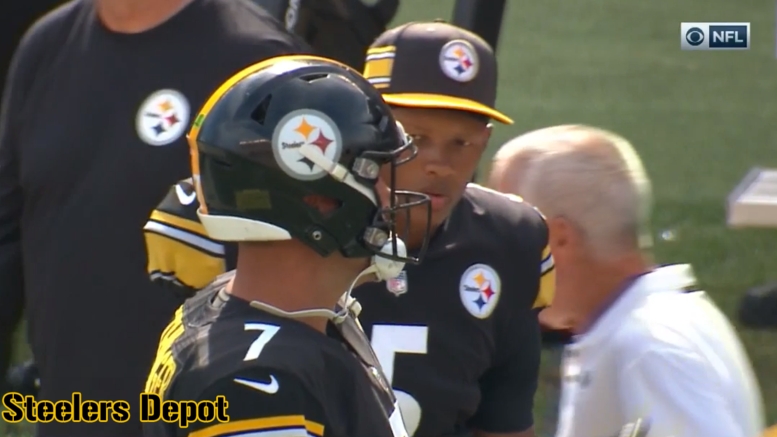 Being the third-string quarterback could seem like an easy job. And it is—if you don’t care about playing. In such a circumstance, in fact, you might even be praying extra hard for the health and safety of the two quarterbacks ahead of you. Being such a person, you would take comfort knowing that you won’t even be wearing shoulder pads on Sundays.

That is not Joshua Dobbs, who was that third-string quarterback during his rookie season in 2017 as a fourth-round pick. The Tennessee graduate, as he told Teresa Varley for an article published on the team’s website yesterday morning, found it “extremely tough” at times to manage “when you’ve been the starter, been that guy since you were age five”.

The vast majority of NFL players who come into the league, whether it’s with the first-overall pick or as a college free agent, were starters on their college teams. Typically among the best players on their teams, in many cases, or players from the more elite schools who would have been starters in almost any other program.

That’s something important to keep in mind when talking about rookies, and young players in general, who have to make that shift from being a focal point to being an afterthought. It’s something that Alex Kozora touched on yesterday in writing about Kentucky star running back Benny Snell, Jr., who comes in behind James Conner and Jaylen Samuels right off the bat.

To not even dress, under such circumstances, can be brutal. But Dobbs said that graduating to the gameday backup provided its own challenges for a player so used to playing. “It can be tough because you’re removed from it, you’re standing on the sideline”, he said. “It’s definitely mentally challenging to keep your head focused on every single play because you never know when you’re going to be thrust into action quickly”.

There were a couple of occasions in which he had to do just that last season. He would ultimately check in to take a snap—even a kneeldown—in five different contests in 2018, but only two of them were in meaningful circumstances.

The first of those consisted of exactly one play. Ben Roethlisberger suffered a mild injury in the team’s Week Nine game against the Baltimore Ravens. Dobbs came in and completed a 22-yard pass on second and 21 from deep in Steelers territory before giving way to the starter again.

Five weeks later, he had to see extended playing time against the Oakland Raiders, and his performance was inconsistent. He completed only four of nine pass attempts for 24 yards, throwing one interception, scrambling twice for 15 yards. His inability to lead the offense allowed the Raiders to retake the lead and contributed to their ultimately winning the game.

Don’t think for a second that the mental challenge of coming cold off the bench, under the circumstances in which Dobbs described, doesn’t play a role in how a backup quarterback might perform. You can try to prepare like the starter all you want, but you still don’t get the starter’s reps during the week, and it will always be different when you know you’re going to play.

That, being able to rapidly make the transition from hat to helmet, about as much as anything else is the defining trait of a good backup quarterback, and what Dobbs is aspiring to this offseason.