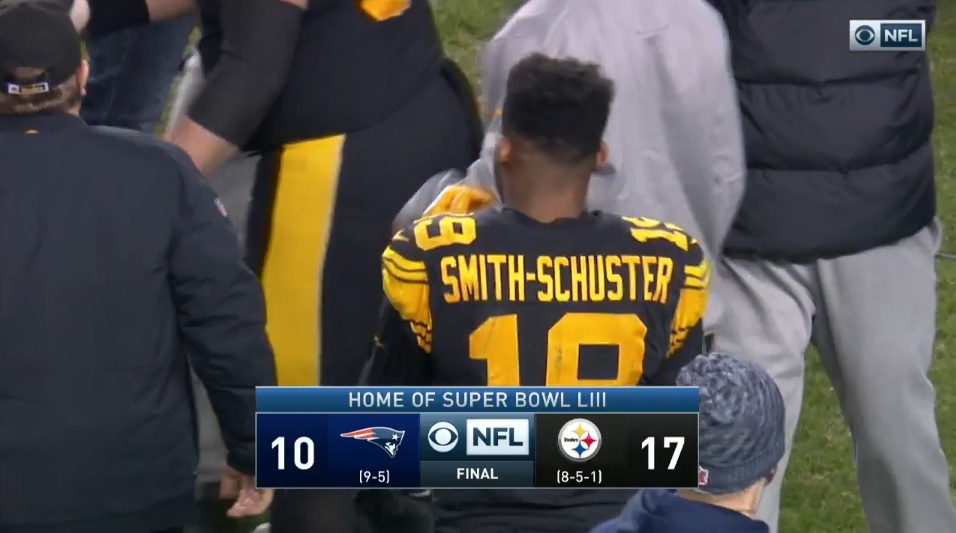 Josh McCown made his ESPN debut today, hired by the network after announcing his retirement following a 17 year career in the NFL. And oh boy, did he kick things off with some spicy takes. With much of the football discussion centering around the contract situation between WR Michael Thomas and the Saints, the two sides are reportedly far apart in negotiations, McCown was asked to rank his top five receivers in the league.

At #1? Julio Jones. Maybe not my pick but ok, fair enough.

#2? Michael Thomas. Given his success and the fact he’s the topic of the day, I get it.

#3? Odell Beckham Jr. That seems about right, maybe a spot or two high, but totally understandable.

#4? Hope you’re sitting down for this. Julian Edelman.

Once I dig up the full clip, I’ll link it, but here’s a screenshot that shows his list.

Even Mike Evans makes the cut ahead of those three, though at least McCown threw to Evans back in 2014. But Edelman? Whew. Muy caliente, McCown.

Sure, he saw plenty of Edelman playing in the same division for the last two seasons. And he’s the “name” coming off a Super Bowl MVP performance that, just as silly, sparked a Hall of Fame debate (he’s not getting in). But no, unless you’re scarfing down clam chowder in New England, no one thinks Edelman is better than those three left off the list.

JuJu’s 2018 numbers, 111 receptions and 1426 yards, surpass any of Edelman’s career highs (105 and 1106). His seven touchdowns ties Edelman’s top mark which Smith-Schuster has done twice and Edelman only once in nine seasons.

It’s not to take anything away from Edelman. He’s a talented receiver who meshes well in that scheme. But McCown is coming way out of left field and honestly, feels like a moment where he’s intentionally trying to create controversy as the new man on the job. Which sucks because he’s a smart dude with valuable perspective of the game to bring. That’s what happens in the offseason, unfortunately.