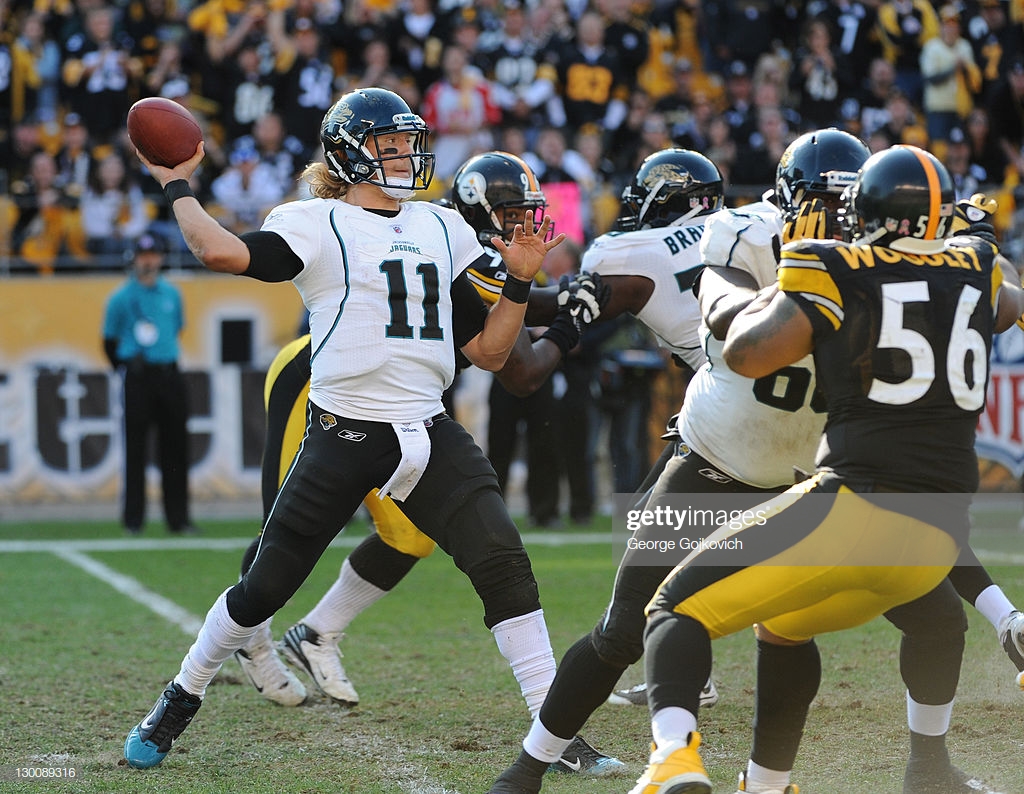 Add this to what I hope is a long list of “thank goodness I don’t root for that team” reminders. You may have seen the news already but if you haven’t, Jack Del Rio spoke to ESPN Jacksonville 690 about the events leading up to the Jaguars trading up to draft Blaine Gabbert in 2011.

According to Del Rio, and of course we don’t know he’s being 100% honest and transparent, he had no idea the team was going to make Gabbert their guy. Here’s what he said as transcribed by NFL.com.

“I had no idea we were going to draft Blaine Gabbert. No idea,” Del Rio said. “In fact, I left to go get something to eat because our pick wasn’t for much longer in the draft. I’m sitting there filling my plate thinking, ‘Oh great, we’ve got a couple more hours until we pick.’ Then, I look up and see ‘The Jaguars are on the clock.’ I’m like ‘What the blank is going on?'”

According to him, it was then general manager Gene Smith who pulled the trigger, moving from 16 to 10 in order to select Gabbert. To do so, Jacksonville traded a second round pick to again, get a guy the head coach had no idea the team was going after. Yikes.

It ended with predictable, terrible results. Gabbert was a bust, going 5-22 in three years with the Jags before getting dealt to the 49ers for a measly 6th round pick. Del Rio was fired after Gabbert’s rookie year. Smith was canned the following year. That’s the price of whiffing on your franchise quarterback and the disjointed process in selecting him. Bad franchises stay bad.

It’s a scenario that can’t even be imagined in Pittsburgh. Mike Tomlin and Kevin Colbert are lockstep in the draft process. Sometimes, one side wins out over the other, Tomlin famously chose Jason Worilds over Sean Lee, who the team had rated hire, but each side knows what’s going on and are part of the conversation. That’s what good teams do. There’s no disconnect. Left hand knows what the right is doing. That’s one reason why the Steelers have had so much consistency and success.

Doesn’t mean it’ll be perfect, Pittsburgh has their fair share of draft busts, but there’s a system and process that doesn’t get ignored. Especially when it comes to finding your franchise quarterback.

Hooray for Pittsburgh have baseline level standards. Surprisingly, not every team in the league even eclipses that bar.