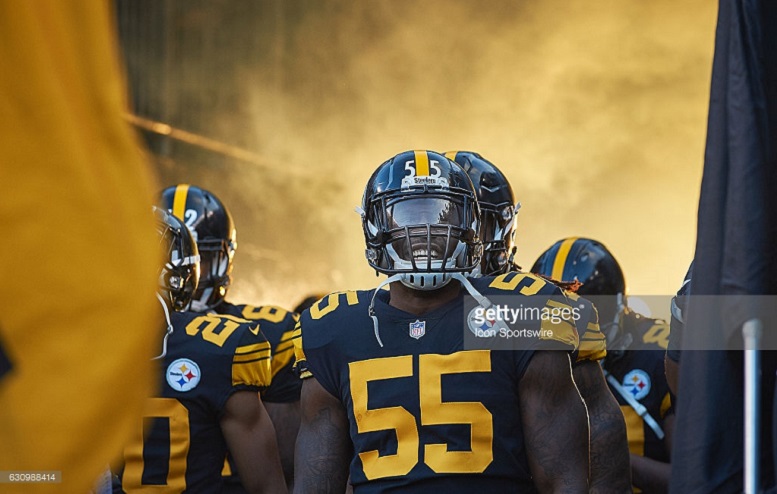 After nine years in the NFL, Arthur Moats is formally announcing his retirement. He tweeted the news early Monday morning, accompanied by a short video with some of his career highlights.

I have to give a big thanks to the Buffalo Bills and the Pittsburgh Steelers for giving me this opportunity to play 9 seasons in the NFL! Last but certainly not least, I have to give a big shoutout to #BillsMafia & #SteelersNation for all the support! #DontCrossTheMoats #Retired pic.twitter.com/KModl9Yyvx

Moats was originally drafted in the 6th round of the 2010 draft by the Buffalo Bills. He would go on to start 20 games, recording five sacks, while forcing a pair of fumbles. A Virginia native from James Madison, right up Mike Tomlin’s alley, the Steelers signed him before the 2014 season. It was a four-year deal worth a little over $8.2 million. He had his best NFL success in black and gold, notching 11.5 sacks in 25 career starts. That included eight in his first two years. We put together a compilation of all his QB takedowns as a Steeler.

With Arthur Moats announcing his retirement today, here are all 11.5 of his sacks as a Steeler. #DontCrossTheMoats pic.twitter.com/lts75ZWAVM

After seeing his role reduced in 2017, though the team briefly tried him at ILB following Ryan Shazier’s injury, they let him walk after the season. A huge locker room presence, Bud Dupree mentioned the impact losing him would have on the team.

Bud Dupree, on how '18 differs from '17:
"Man, (Arthur) Moats is gone, man. That hurts us in the locker room. It was a big loss; Moats is a great player– but more than that, he's just a great person, just being around him everyday cheers you up. But it happens, comings & goings"

The Arizona Cardinals signed him right before training camp last year but placed him on IR after he suffered an MCL injury. They released him in early October.

Moats is well-known on social media and has always been a fan favorite and activist in his community. He was awarded the Steelers’ Chief Award in 2016 and was twice named his team’s Walter Payton Man of the Year nominee: 2013 with Buffalo and 2016 with Pittsburgh.

Though he’s officially stepping away from the game, Moats has spent plenty of time on the airwaves serving as a radio analyst. I imagine you can expect more of that this year.

His football career ends with 202 tackles and 16.5 sacks across 45 starts.