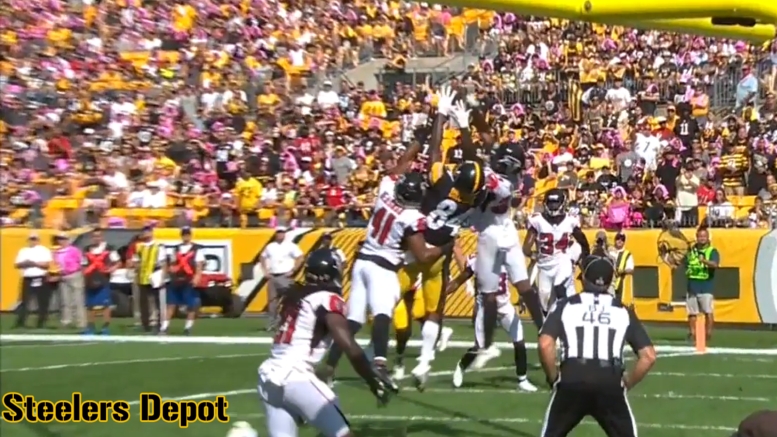 Explanation: Steelers quarterback Ben Roethlisberger threw 16 interceptions last season, which was the most in the league. Antonio Brown was the official target of record on 10 of those interceptions, more than double the amount of any other target.

It’s not exactly a state secret that Roethlisberger forced the ball to Brown, even when he shouldn’t. double coverage? Triple coverage? Doesn’t matter. I’ll give my guy a chance even if he doesn’t have one. All four of Roethlisberger’s red-zone interceptions, in fact, came to targets for Brown.

This isn’t about whether or not the wide receiver is making mistakes. This is about the entire connection, and clearly the connection Roethlisberger and Brown had was one with boom-or-bust potential.

Just because a high volume of Roethlisberger’s interceptions were in Brown’s direction doesn’t mean that he will throw fewer interceptions. Brown was the player that he went to when he was desperate. That is just going to be Smith-Schuster now.

Smith-Schuster is a good combat catcher to be sure (just ask Darqueze Dennard), but let’s not pretend that Brown wasn’t as well. For his size, he made some ridiculous plays on the ball, and probably saved a good number of interceptions himself.

It’s even in the realm of possibility that without Brown, Roethlisberger will throw more interceptions. It really depends on how Roethlisberger plays. Did having Brown allow him to take risks that he otherwise wouldn’t take, or will he simply now take them while targeting other people? He himself self-identities as a gunslinger, and he’s too old to change at this point.