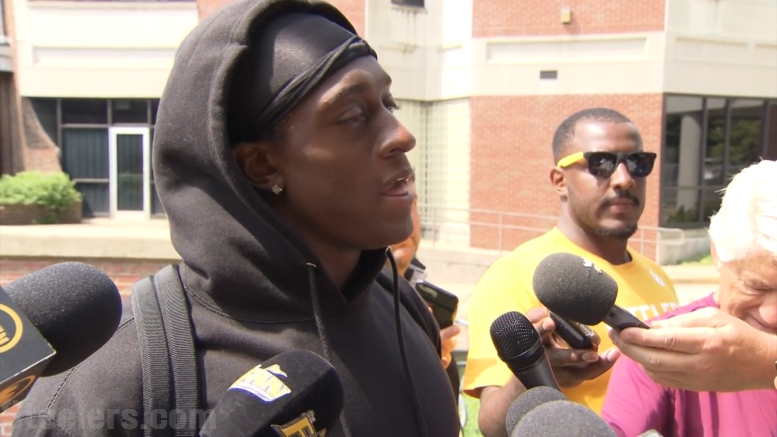 This was supposed to be the offseason in which 2018 first-round pick Terrell Edmunds was originally expected to compete for a starting job. Morgan Burnett was supposed to be a bridge starter brought in under a three-year contract as a reliable veteran, which would have allowed Edmunds to be brought along slowly, serving in the dime role most likely for much of his rookie season.

Things didn’t go according to script largely because Burnett couldn’t stay healthy, and Edmunds proved to be well-conditioned enough to be the next man up. By the time the veteran was up and running, the rookie had already shown himself to be competent enough to keep the job.

But keeping the starting job and becoming a quality starter, or even a difference maker, is what should separate his first season from his second. Edmunds himself believes that he has grown a lot from last year with respect to the mental aspect of the game, which is, obviously, fairly important.

We knew before he was even drafted that Edmunds has the physical capability of being a high-impact player at the position. He has the size, the speed, and the conditioning to perform just about anything that might be asked of him in any phase of the defensive game, but what was less clear is how fast he would be able to get up to speed with the mental side.

At least from his perspective, he is giving the indications that he is making quick progress on that front, which he is feeling good about heading into his second training camp. This time, he will be coming to Latrobe knowing that he basically has a starting job already locked down, so it’s only about improving from here and not worrying about a role or a job.

One other thing he’ll probably have to worry about less this year is special teams, as he logged a high volume of snaps there last year. But as a full-time starter in his second season, now, Danny Smith will inevitably have him less and less, as tends to happen.