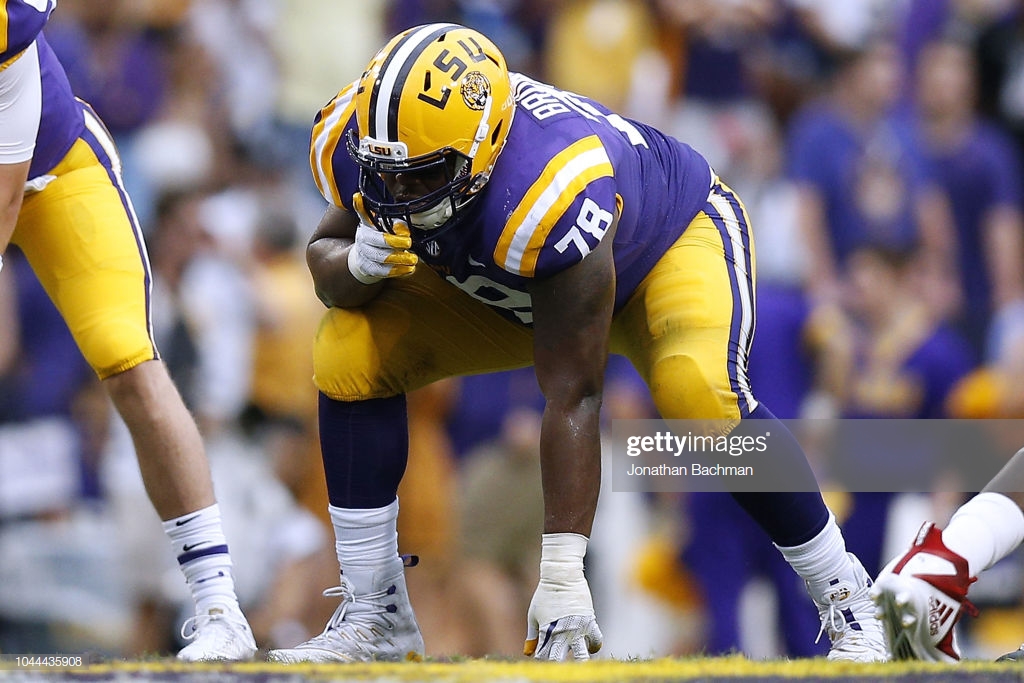 Garrett Brumfield was a part of the Steelers’ class of college free agents signed after the draft. They already had a decent number of offensive linemen in-house, and even drafted on in the seventh round in Derwin Gray, but still had room to flesh out their 90-man roster, so Brumfield and Fred Johnson were brought into the mix, with Damian Prince added after rookie minicamp as well.

But Brumfield and Johnson got special mention recently from veteran guard Ramon Foster, who noted that he say them playing well during OTAs so far. He was hesitant to speak too highly of them, given how far we have yet to go in the offseason, and said to ask him again after minicamp, which takes place next week, but the fact that they stood out to him is alone enough to justify an entry here.

Offensive line might be the deepest part of the Steelers’ roster. in addition to Foster, they have three Pro Bowlers in the starting five with Alejandro Villanueva, Maurkice Pouncey, and David DeCastro. And while they haven’t settled on a starter at right tackle yet to replace Marcus Gilbert, whom they traded, they have a number of legitimate options in Matt Feiler, Chukwuma Okorafor, and Jerald Hawkins.

Throw in Zach Banner and B.J. Finney, who spent all of 2018 on the 53-man roster, and Patrick Morris, who was on the practice squad all of that time. They also signed J.C. Hassenauer, who had success in the AAF with the Birmingham Iron before that league folded.

Brumfield, the 6’4”, 302-pound guard out of LSU, still has his work cut out for him in order to stand out to the coaching staff during training camp and the preseason, but at least he is getting noticed by his peers, which is a good start.

While a practice squad spot would be more realistic, anything is possible, especially if he can flex out to another position as well. Banner himself made a late push for the 53-man roster last year to make it, so it wouldn’t be wise to rule anything out so early.