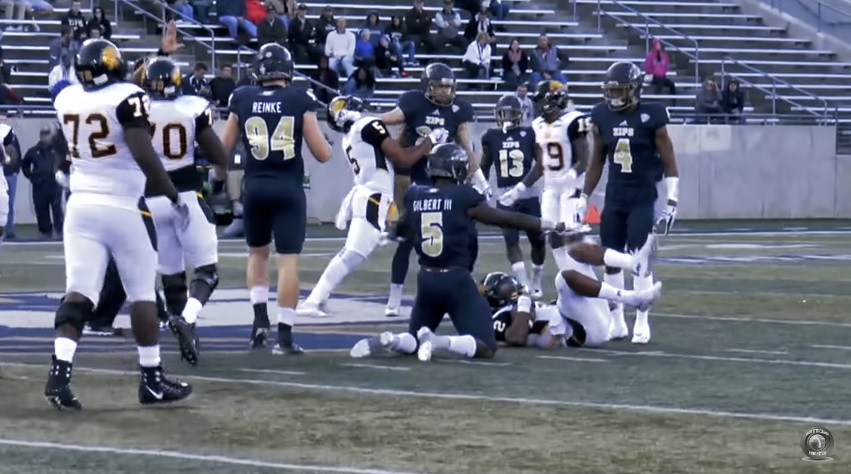 Ulysees Gilbert III has accumulated a very decorated resume during his time at Akron. An invitation to the 2019 Shrine Game, two First Team All-MAC selections, two Defensive MVP selections and a Second Team All-MAC selection; the list goes on and on for his contributions on the field. To understand why the former Akron linebacker excels on the field, first you must understand what fuels his play off the field. Academics is a critically important part of Gilbert’s collegiate career and his academic achievements are just as worthy as his athletic achievements.

CoSIDA Academic All-America nominee, MAC Distinguished Scholar-Athlete, Academic All-MAC and two-time Summa Health Student-Athlete of the Week, Gilbert is a student both on the field and in the classroom. The linebacker spoke to Draft Wire about the importance of academics.

“The reason I did it is because it was pretty much instilled in me at a young age. My dad and mom really taught me that academics are really important because at the end of the day, football and sports in general don’t last long but academics and your degree will forever. So, I’ve really taken a lot of pride in that.”

Gilbert’s study habits carry from the class room to the film room where he studies every formation and scheme that his opponents may use against his defense. Football is very much like chess, where the key to victory is out smarting the opponent and as the quarterback of the defense, Gilbert has to be ready for everything his opponent could throw at him. Knowing your opponent is only one half of the battle though, as the former Akron linebacker tells Andrew DiCecco how he also studies his own tendencies.

“I feel like I’m a student of the game. I love learning new techniques. I love studying the game, I love studying my opponents – as well as myself and everyone around me – so I can understand who I’m playing with and how they play,” says Gilbert.

The Pittsburgh Steelers selected Gilbert in the sixth round of the 2019 NFL Draft. Not only was he the third player chosen from the MAC but he was also the third linebacker selected by the team. Each of the three linebackers selected by the Steelers have shown to have two common traits – character and high football IQ. Gilbert called plays for two seasons at Akron before moving from the MIKE role for his final season. The linebacker shows no lack of confidence in his abilities to call plays and organize his teammates as the quarterback of the defense.

“Communication was key and I knew what everybody else was doing and that is where you get the quarterback of the defense. I really feel like that is me because I take a lot of pride in knowing what everybody else does around me,” Gilbert told Draft Wire’s Zachary Hicks.

Like all of his draft mates, Gilbert is another dose of character injected in a locker room that was arguably fractured last season. The linebacker is extremely committed to improving his game and is a reliable piece the Steelers can count on for the foreseeable future.

“I truly believe you are going to get somebody that is reliable. Reliable and loves the game of football. I would say reliable just because I’m always on time, I will always show up, I’d never put the team in any trouble or anything, I always show up to work happy, I always give it my all each and every time during film, workouts, practices… It doesn’t matter. I just love the game of football,” Gilbert says to Hicks.