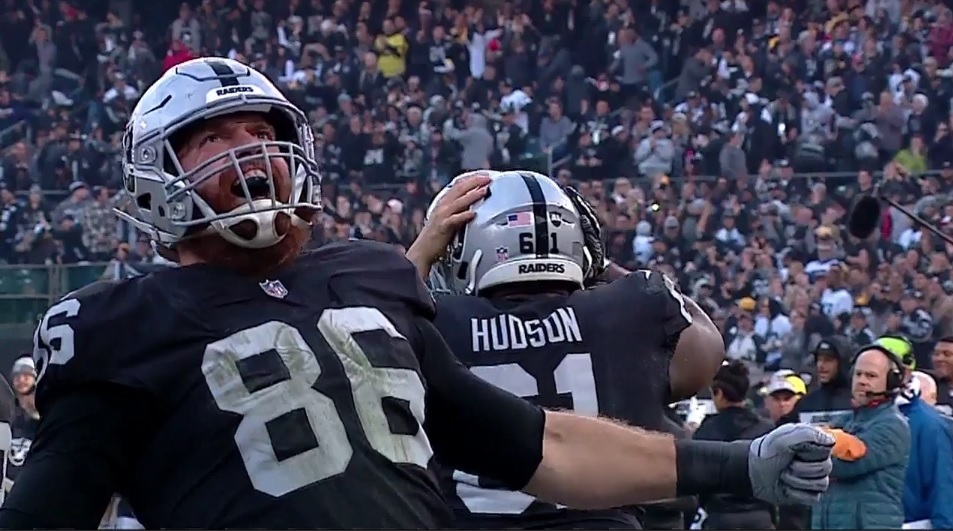 There’s no doubt the two positions that the Pittsburgh Steelers could further address coming out of the draft are tight end and safety. That’s even after choosing Zach Gentry in the 5th round. But when your group is Vance “Can He Stay Healthy” McDonald, Xavier Grimble, and Gentry, it’s not a bad idea to explore options.

Oakland handed Pittsburgh another option yesterday. They released TE Lee Smith, someone who is worth a look in training camp.

Don’t mistake Smith for anything more than what he is. But what he’s a talented, block-first (and second…and third) 31 year old tight end who can make the tight end battle an actual competition while rounding out depth. At 6’6 265, this is your dude.

McDonald is an excellent #1 tight end. But even after missing just one game last year, the opener versus Cleveland, he played a fairly even rotation of snaps with Jesse James. So don’t expect McDonald’s snap count to shoot up to 90% just because James signed with Detroit. Pittsburgh liked Grimble enough to slap a tender on him, perhaps protecting themselves assuming they were losing James, and he currently stands as the #2. Then there’s Gentry, who the team has admitted is a work in progress, even if they like his ceiling.

Behind those three? There’s not much to work with. Jake McGee tore his Achilles last spring and wasn’t tendered and Bucky Hodges mysteriously released before the draft. The only other names on the roster are Kevin Rader, Christian Scotland-Williamson and…I guess, Trevor Wood. Rader’s never made an NFL team, CSW is still technically exempt from a roster spot, and Wood was brought in as much for his long snapping duties as anything he did at tight end. Point is, don’t expect any three of those guys to make a serious push for the 53.

So why not Lee? He sure won’t be expensive. 31 year old blocker who made $2 million in 2018? Probably can get him for half of that or even a minimum salary benefit contract. Don’t expect anything from him as a receiver, though he caught this three yard touchdown against the Steelers last season, but that’s not why you’re signing him.

Bringing Smith in makes you feel a lot better about the group as a whole. Gentry doesn’t progress like planned? Send him to the practice squad, make Smith the #3. Someone gets hurt? Again, Smith slides in. They all pan out? Good problem to have, make the best decision then. And if you’re worried about the comp formula, don’t. Just like Mark Barron, Smith doesn’t count against it because he was released.

Sign Smith now instead of waiting for a camp cut or mid-August trade. Maybe you find a better player but you’ll also acquire someone trying to jump on the moving train, the season already starting. Just like the teams’ philosophy in the draft, he adds flexibility to the roster and a solid insurance policy.