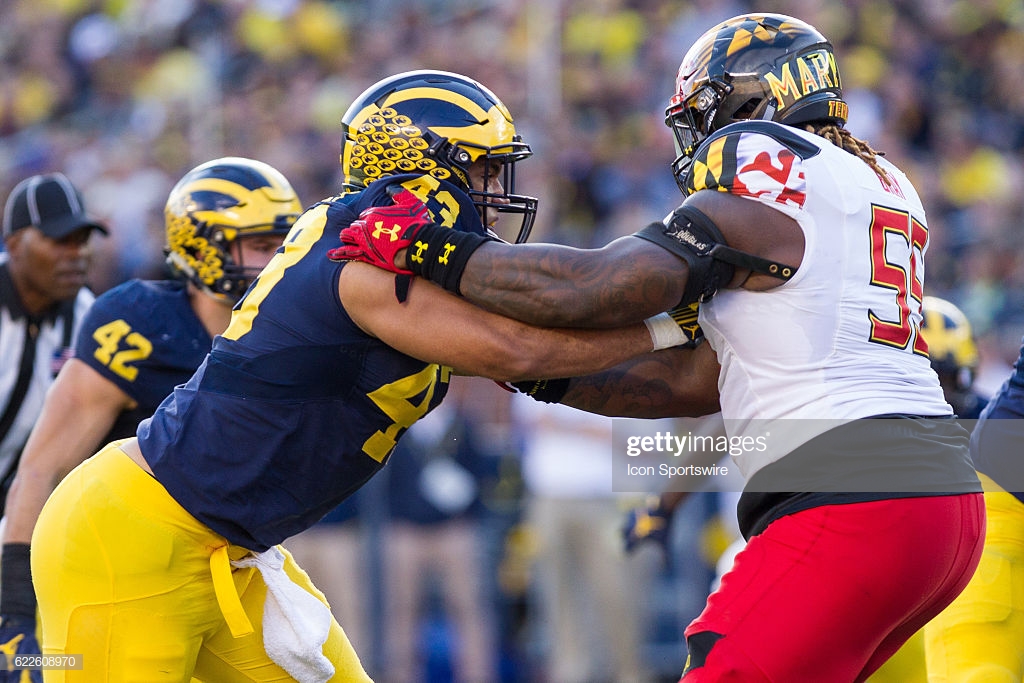 The Pittsburgh Steelers now have five of their nine 2019 draft picks under contract as tackle Derwin Gray, the team’s seventh-round selection this year out of Maryland, has now signed his rookie four-year deal.

Gray, the 219th overall pick overall in this year’s draft, measured in at this year’s scouting combine at 6044, 320-pounds with 34 3/8-inch arms and 9 5/8-inch hands. He ran his 40-yard dash in 5.26-seconds at the combine and did 26 reps on the bench. While Gray started 25 games at left tackle during his college career at Maryland, there might be a chance he gets asked to kick inside to guard with the Steelers at some point.

Derwin Gray was the starting tackle, left tackle for Maryland,” Steelers general manager Kevin Colbert after the selection of Gray was made. “Derwin is a big, thick guy. He’s always been a tackle at the collegiate level. Coach [Mike Tomlin] can address it as well, but, he’ll start off at tackle for us. His body type means that he can probably move inside and be a guard.”

According to estimates by Over the Cap ahead of this year’s draft, Gray’s four-year contract that he signed on Wednesday is expected to total out at around $2,625,848 and include a signing bonus of roughly $105,848. His 2019 salary cap charge is expected to be around $521,462, according to those estimated numbers.

As soon as Gray’s contract is officially filed with the NFLPA, we’ll pass along the exact numbers to you. Perhaps a few more members of the Steelers 2019 draft class will sign their rookie contracts by end of this coming weekend as that’s when the team’s annual rookie mini camp is scheduled to take place. Currently signed from this year’s draft class are Isaiah Buggs, Sutton Smith, Diontae Johnson, Benny Snell Jr. and Gray.