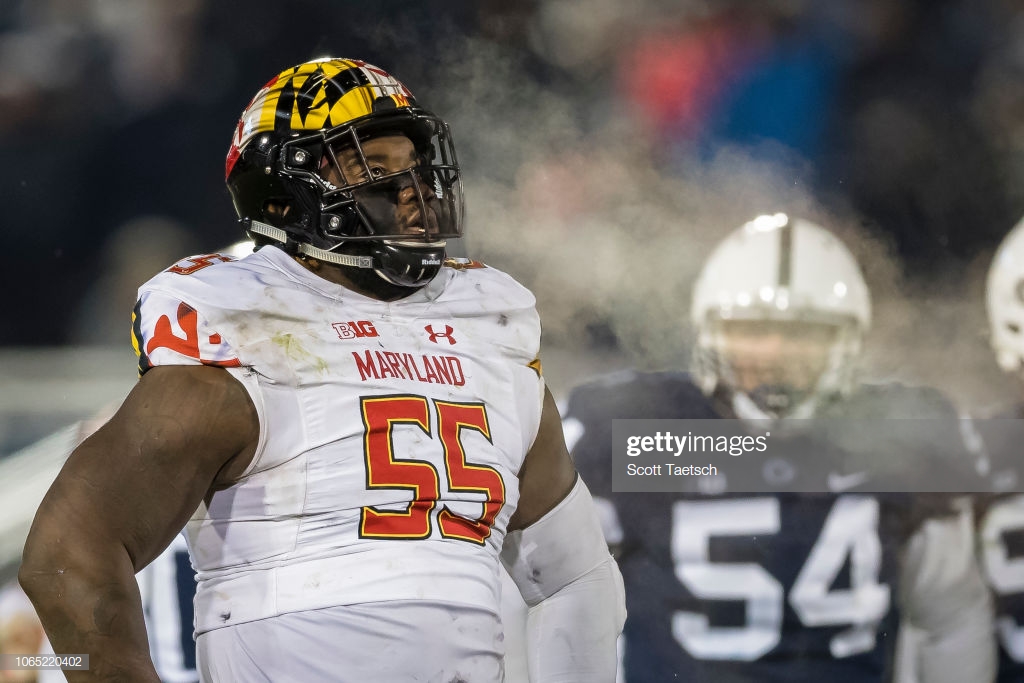 In the NFL, if you’re not a starter, you better be able to offer plenty as a backup. For many, that means having value on multiple phases on special teams. For some, it means playing all over the field. That’s why Sutton Smith is working at fullback after being drafted as an outside linebacker (and someday, may be tested inside). For an offensive linemen, that means being able to play more than one spot.

Case in point is 7th round pick Derwin Gray. Though he essentially played just left tackle at Maryland, the Steelers are predictably asking him to move around quite a bit, per a report from the Trib’s Chris Adamski. According to him, Gray has already played four positions through the first few weeks of OTAs: left tackle, right tackle, left guard, and right guard.

Gray made 25 career starts for the Terps, bookended by Damian Prince, who signed a contract with the Steelers after rookie minicamp. After choosing Gray with their final pick, Mike Tomlin and Kevin Colbert hinted a move to guard was possible.

“He’s always been a tackle at the collegiate level,” Kevin Colbert said in recapping the draft class. “Coach can address it as well. But, he’ll start off at tackle for us. His body type means that he can probably move inside and be a guard”.

Because the Steelers like to dress only seven linemen, the backups must be able to wear multiple hats. Ramon Foster began his career playing guard and tackle. Chris Hubbard bounced around to wherever the team needed him, even able to step in as an emergency center, though the results there weren’t pretty. B.J. Finney has become a top backup at all three interior spots while Matt Feiler was the latest to undergo the Swiss Army Project. He’s lined up everywhere but left tackle since signing with the Steelers.

Go back even further and you can pull names like Trai Essex. Never an all-star but someone who played up and down the line, allowing him to stick with the Steelers for seven years, making 28 starts.

Though in our report of Gray, we said it was best for him to stay at tackle, moving around the offensive line was inevitable. If he can get comfortable playing guard and working in space, in some ways, he reminds me of former Steelers first round pick Kendall Simmons. Big and powerful. Simmons played tackle at Auburn but in drafting him, the Steelers hinted at a move inside.

Simmons ended up being the team’s starting right guard, starting 80 games from 2002 to 2008 before an Achilles tear effectively ended his career.

Gray’s versatility will give him a puncher’s chance in what should be a fierce battle for the final roster spots along the offensive line. He’ll battle Jerald Hawkins, Zach Banner, Patrick Morris, Fred Johnson, and whoever else has a strong showing in camp for a potential 9th spot among the 53. If he doesn’t win there, he’ll likely wind up on the practice squad, where his versatility will help plug holes during the week when injuries happen or linemen are granted a day off.