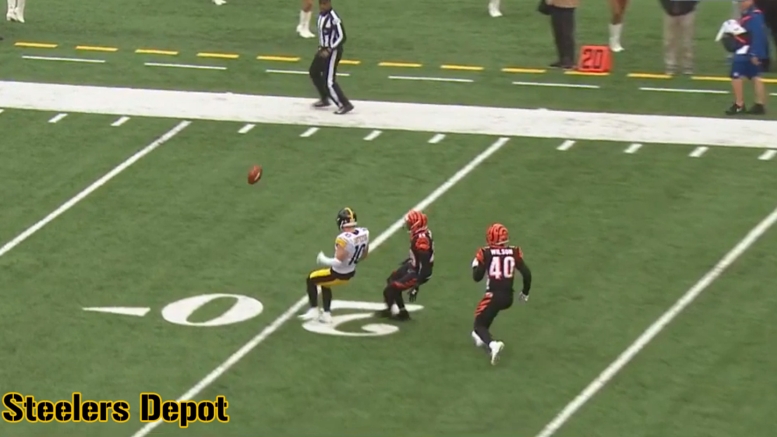 While he did manage to find a role on the offense, in large part simply because Pittsburgh Steelers quarterback Ben Roethlisberger happened to take a liking to him both on and off the field, the reason that the team brought in Ryan Switzer via trade in late August was because they wanted to bolster their return game without relying on JuJu Smith-Schuster to do the kick returns as he entered his first season as a full-time starter.

Switzer had success both in college at North Carolina and during his rookie season with the Dallas Cowboys in 2017 as a returner, functioning both in the kick return game as well as doing punt returns. The last player the Steelers tried to have in both roles was Jacoby Jones, who failed spectacularly and was released mid-season after being acquired mid-season.

But Switzer’s numbers, seen in a vacuum, were unquestionably bad in 2018 in the return game. They were just bad and there is no way nor reason to sugarcoat them. That is as reflective on the unit as a whole as it is on Switzer individually, but primarily, most likely, on the lack of familiarity with one another. He wants to change that this year, starting with breaking one for a score.

“It actually bothers me a lot, because not only with Dallas, but even every year in college I had played, whether it be called back or not, we as a return unit had had a touchdown”, he told Kristine Leahy about not getting a return touchdown with the Steelers a year ago.” So those were the expectations that were set for me coming in to Pittsburgh. We didn’t get one as a unit”.

“We were close a couple times, but nowadays it’s really hard”, he went on. “I don’t know how many returns there were in the league for touchdowns this year, but they’re limited because of the skill on the other team, the skill of the punter, so it was tough. But it’s definitely something that I’m looking forward to accomplishing this coming season for sure”.

While not an incredibly frequent occurrence, return touchdowns are far from unfamiliar in Pittsburgh. Smith-Schuster had a kick return touchdown in the season finale in 2017, though it was their first since Antonio Brown had one on his first-ever touch in Week Two of 2010. In between then and through 2017, though, Brown returned four punts for touchdowns, most recently in 2015.

Pittsburgh would like to see a significant upgrade in that area, and Switzer may be challenged for the return role, as rookie third-round pick Diontae Johnson was also a college returner with four return scores in the past two seasons, two of each variety. Switzer returned seven punts for touchdowns at North Carolina. He only had two kick return attempts.