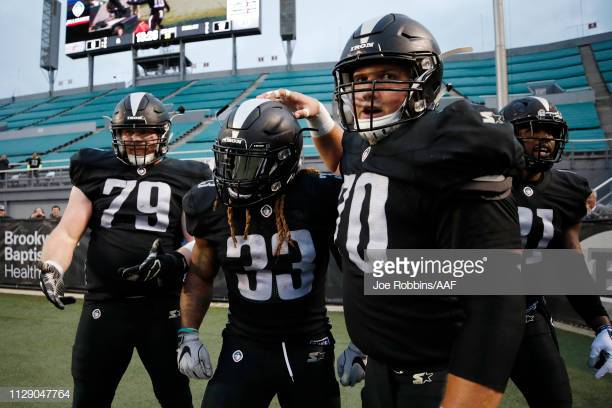 When you think of an Alabama linemen, you probably think of someone a little undersized, not the most athletic, but carrying an extensive resume to the NFL. Take their center from this year’s class, Ross Pierschbacher, a prospect who didn’t stand out athletically but started an almost-hard-to-believe 57 career games. That’s a Bama interior player.

J.C. Hassenauer checks those first two boxes but not the third. His size? Just ok. Athleticism? Average to a little below. But the experience was abnormal. Despite exiting high school as the best center prospect in the nation and choosing to Roll Tide over staying home at Minnesota, playing time was hard to come by.

He wasn’t a 57 game starter. Heck, he wasn’t a one season starter. Hassenauer made only three of them in his career, all coming as a senior. His final one was a biggie, getting the nod for the National Title victory over Georgia. Alabama rolled for over 180 yards on the ground in the wild, overtime thriller.

Funny enough, his first start weeks earlier against Mercer came at Pierschbacher’s expense. He suffered a high ankle sprain the week before, opening the door for Hassenauer – at left guard – to finally get the call. It was *just* Mercer, an FCS school Alabama quickly took care of, but teammates were impressed with his debut.

“He really stepped up,” teammate Bradley Bozeman told the Dothan Eagle after the game. “That’s what practice is for, to practice those situations to get to those games and come out and have no drop off. We had no drop off. When you have a guy like J.C. that can come in and play his role and do what he has to do to get the job done, that’s a huge, huge part of it,”

In the same article, Hassenauer reflected on the mentality of a backup.

“Every week, I’ve tried to prepare myself as a starter and be prepared in any situation. Even if a helmet came off, you have to know what to do, what pressure the defense is bringing, you always have to be prepared.”

To his credit, and the reality of most backup linemen, it required him to become versatile. He logged snaps at guard and center, filling in whenever the team needed him, even if those opportunities were fleeting.

Without much experience, he was passed over for the Combine and as far as I can tell, all the major pre-draft games. That left his Pro Day workout which produced middling results. 5.23 40, 28 reps on the bar, 8’5″ broad, and 7.88 three cone.

Predictably, he went undrafted and latched on with the Atlanta Falcons’ 90 man roster. He didn’t make the 53 but landed on the practice squad. He bounced to the AAF’s Birmingham Iron in order to get his first taste of professional playing time, the team’s starting center before the league collapsed under its own chaos. Pittsburgh signed him in early April.

Having that AAF experience should prove valuable and make him less wide-eyed than he was a year ago, a UDFA with very little football under his belt. It seemed to work for Greg Gilmore, signed to the team Monday after being cut as a UDFA last season. His path to a roster spot will be tough, he’s obviously behind B.J. Finney and probably Patrick Morris too. He’ll have to hope for someone like Morris to grab that final spot on the 53, opening the door for another stint on the practice squad.