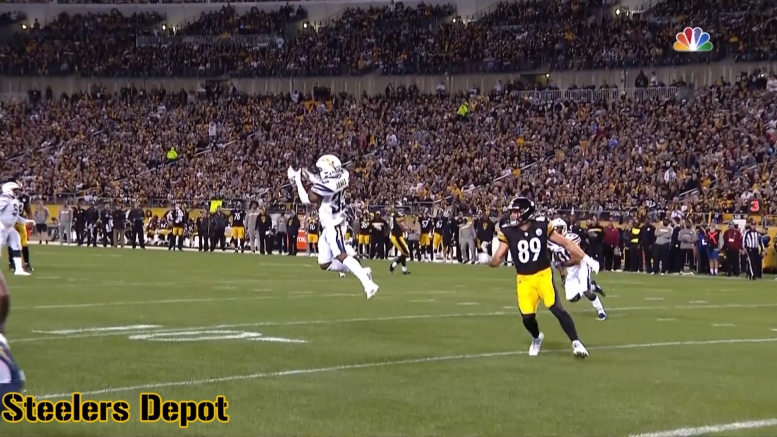 Question: Will the offense turn the ball over less frequently in 2019?

For as good as the Steelers’ offense was last season—and let’s be clear, they had a top-five offense in 2018—one of their worst attributes was ball security, and when I refer to the collective, I have to refer primarily to Ben Roethlisberger, who accounted for 18 of the offense’s 26 giveaways, throwing a league-leading 16 interceptions and also losing two of the seven times he fumbles.

The 26 offensive giveaways was the seventh-most in the NFL last season, and the offenses ahead of them on that list—Tampa Bay, Buffalo, San Francisco, the Jets, Jacksonville, and Arizona—were not exactly among the league leaders.

Because the defense also struggled to get takeaways, the Steelers as a team also finished tied for the fourth-worst turnover differential in the league. So if the defense can’t take the ball away more often, it’s all the more critical for the offense to protect it better.

As we’ve already discussed, the key piece behind that is Roethlisberger. His 18 turnovers as an individual was as much or more than what 10 teams had altogether last season, and you can throw on another five who had just one more turnover. That’s just under half of the league. If your turnover numbers are as bad, worse, or very nearly as bad as entire offenses, then there is certainly meaningful room for improvement.

Roethlisberger not only threw a large number of interceptions, he also threw a large percentage of passes that were put in danger of being intercepted—that is to say, passes that, if the defense were played properly, would have had the opportunity to complete the interception. That is also a theme that has been going on for a few years now.