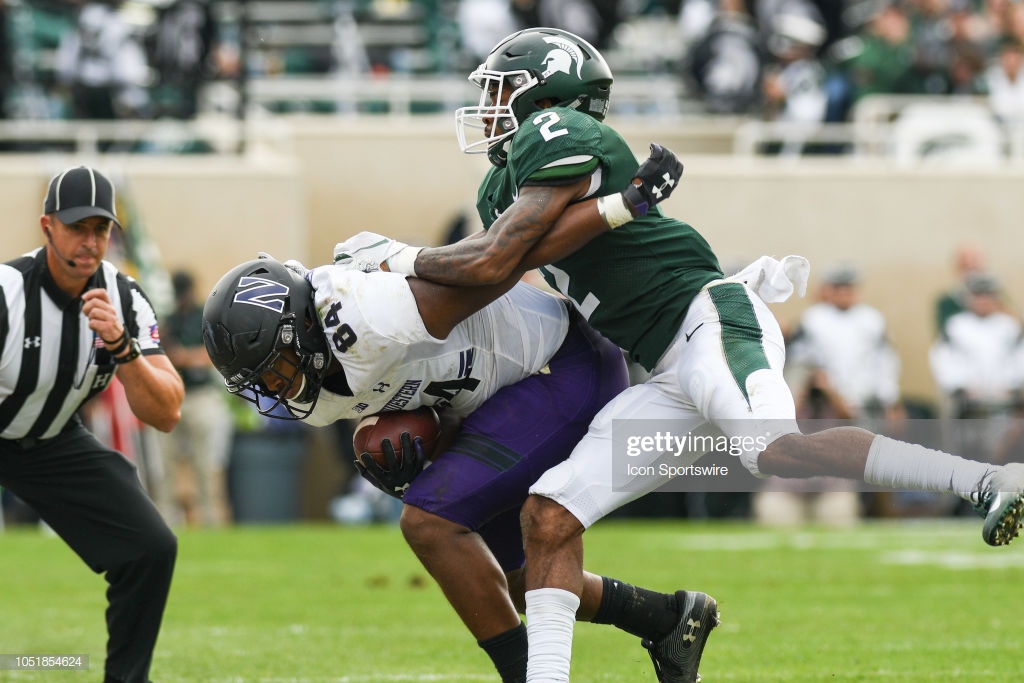 The Pittsburgh Steelers lost a Michigan State product in free agency with Le’Veon Bell signing with the New York Jets in free agency, for whom they believe they should get a third-round pick back in 2020 as compensation. In the interim, they used their natural 2019 third-round draft pick to bring in another in cornerback Justin Layne. Because they didn’t think he would be available at this point in the draft.

New senior defensive assistant Teryl Austin spoke about the selection after it was made, and he was asked about why he was available late in the third round. “I’m not sure what the flaw is”, he said. “There’s a lot of good football players that probably got picked before him. I think it’s just a matter of flavor, and I think when we saw him sitting where he was, I’m very excited to have him. I didn’t think he’d be around this long”.

Lane is certainly an interesting prospect at 6’2”, now the second-tallest cornerback in the room behind Brian Allen. He did not run a great 40-yard dash time and it also showed on his college tape, but there is quite a bit to like about his game overall, particularly his ability to be competitive.

He joins a cornerback room that will be headlined by a pair of free agent signings, chiefly Joe Haden, who was signed to a three-year contract with $9 million per season in August of 2017 after he was released by the Cleveland Browns. They added former Kansas City Chiefs starter Steven Nelson at the start of free agency in March.

But the rest of the group behind them can certainly use an influx of talent. Mike Hilton has been the number three for the past two years, but not without being challenged, and they seem to be interested in providing more.

It’s worth reminding that Mike Tomlin praised Nelson’s versatility to play inside and outside after they brought him in in free agency. Austin also said that they view Lane as an outside player to start with, so if he plays quickly, Nelson figures to kick into the slot.

With Cameron Sutton and Allen rounding out the group, why was it important to add a player like Lane to the room? Don’t ask a secondary man. “My opinion, and you’re asking me and I’m the defensive back coach, so I’m gonna say, you can’t have enough corners on your team”, Austin said.

It’s “because of the amount of running they do”, he said, and “they help you on special teams. When they get nicked, you have to have people in there. You’re going to play four- and five-receiver packages nowadays, so those guys are important”.

So Layne at the very least provides a boost to their depth initially as he looks to work his way up the depth chart. Lane believed he would go in the second round. The Steelers believed he would not be available with their second of two third-round picks, and they felt pressured to draft Diontae Johnson with their first in the round because they knew the Tampa Bay Buccaneers would take him one spot later. So here we are.