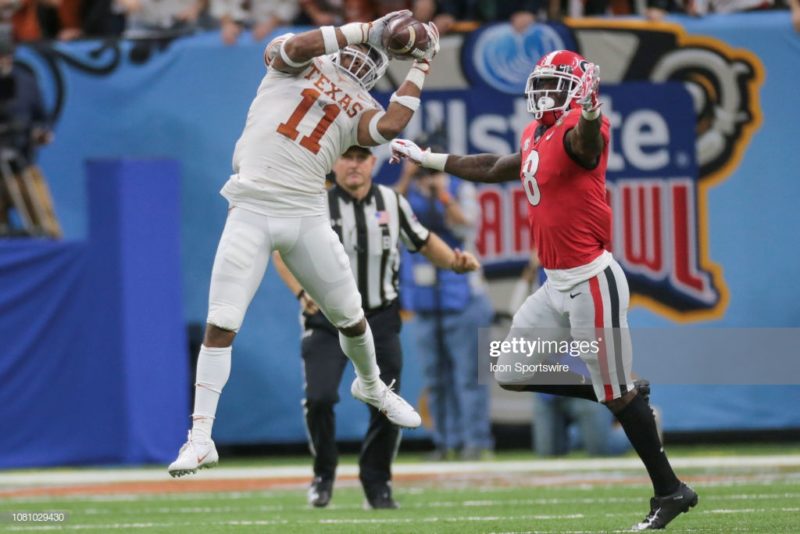 The Pittsburgh Steelers didn’t select a safety in this year’s draft but on Monday the team signed another one to the roster that went undrafted.

We have agreed to terms with S P.J. Locke.

According to the Steelers, former Texas safety P.J. Locke III, who went undrafted this year, has now signed with the team.

“I’m a safety that can cover like a corner and hit like a linebacker,” Locke said at the Texas pro day. “Wherever you want to play me, I can play there — I’ve got experience at every position, so I’m not worried. If it’s just about getting my feet wet again and going to play corner, I can play corner. I’ve got the speed, I showcased that today, and I’ve got the agility.”

During his career at Texas, Locke played in 48 games and started 31 times. He registered 163 total tackles of which 11 resulted in lost yardage. He also had 3 interceptions, 4 forced fumbles and 15 total passes defensed during his college career.

Locke certainly appears to be one of the better undrafted free agents signed by the team this year and it won’t be surprising to learn that he received the biggest signing bonus of this year’s group. While he obviously still has a lot to prove during the remainder of the offseason, Locke probably has the easiest path to the Steelers initial 53-man roster this year when it comes to the group of undrafted and futures players signed so far by the team.