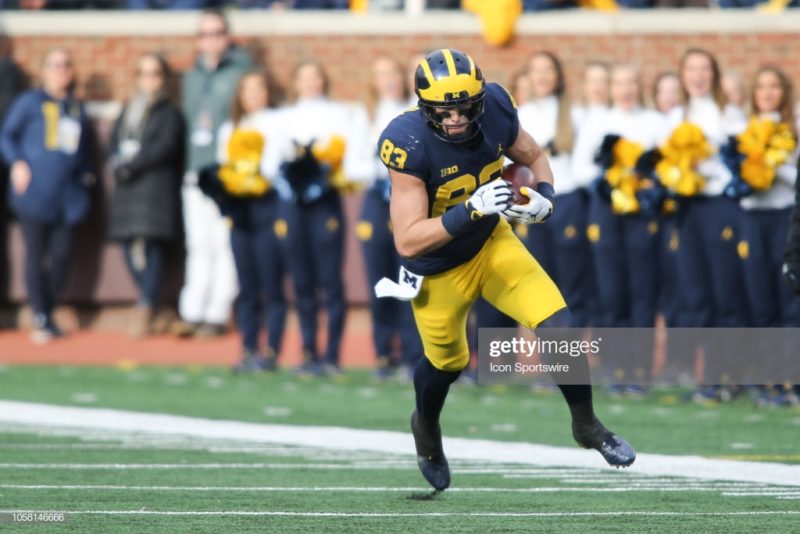 The Pittsburgh Steelers have selected Michigan tight end Zach Gentry in the fifth-round of the 2019 NFL Draft. It was the 141st pick overall in this year’s draft.

Gentry, who arrived at Michigan as a quarterback, caught 49 passes for 817 yards and 4 touchdowns during his college career. The Steelers had dinner with Gentry ahead of the Michigan pro day this year.

CAREER NOTES
Three-year letter winner at Michigan, playing in 33 games with 24 starts at tight end…recorded 49 catches for 817 yards and four touchdowns in his career…earned U-M Athletic Academic Achievement…switched to tight end from quarterback prior to sophomore season.