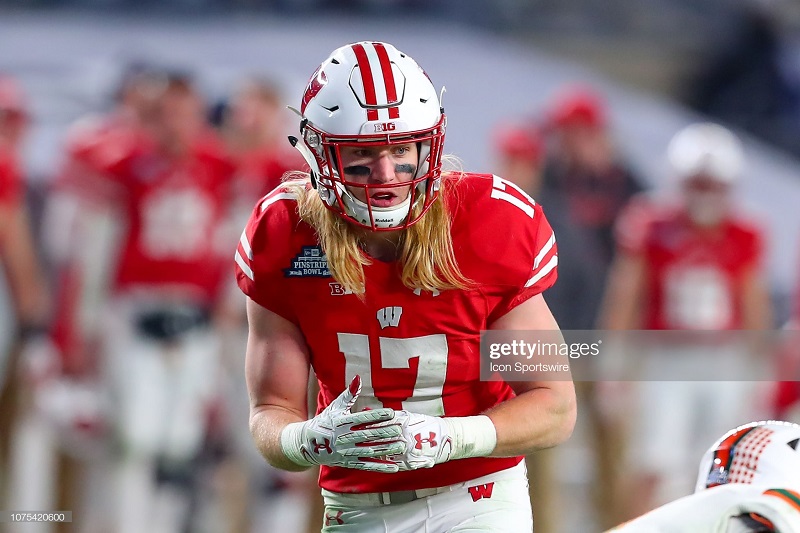 According to our pre-draft visit tracker for the Pittsburgh Steelers, it seems as though the team can have one more non-local player in for a meeting. Judging by a Tuesday report by Rob Demovsky of ESPN.com, that one remaining visit will go to Wisconsin edge-rusher Andrew Van Ginkel on Wednesday.

Wisconsin LB Andrew Van Ginkel is taking a top-30 predraft visit to the Steelers, a source said. He’s going to be an interesting one to watch. He could go higher than some people first thought.

After starting his college career at South Dakota, Van Ginkel played at Iowa Western, a junior college, in 2016. He played his final two seasons at Wisconsin and recorded 99 total tackles to go along with 12 sacks, 4 forced fumbles and 2 interceptions during that span. He also had 7 defensed passes during those two seasons and 19.5 of his total tackles resulted in lost yardage.

Van Ginkel will turn 24 years of age in July and while Demovsky thinks he might hear his name called during this year’s draft, several draftniks expect him to go undrafted and then sign with a team as a priority free agent.