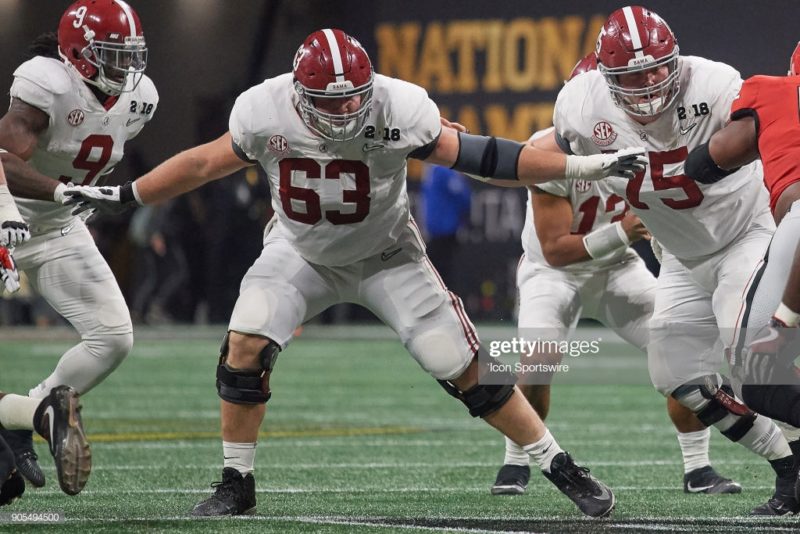 With the AAF ceasing operations this week, NFL teams are now allowed to sign players from that league and it sounds like the Pittsburgh Steelers will add at least one of them to their roster on Friday.

According to Jeremy Fowler of ESPN.com, the Steelers are set to sign former Birmingham Iron center J.C. Hassenauer on Friday if he passes a team physical.

Steelers dipping into @TheAAF pool. The team is expected to sign center J.C. Hassenauer pending a physical, per source. Hassenauer spent time on Falcons practice squad before playing for Birmingham Iron of Alliance.

Hassenauer played his college football at Alabama and originally signed with the Atlanta Falcons after going undrafted last year. He appeared in four preseason games with the Falcons in 2018 before being cut prior to the start of the regular season. He then spent time on the Falcons practice squad before finally being released from that unit last October.

Hassenauer played both guard and center during his college career at Alabama.

The Steelers were also expected to host another former AAF player for a visit on Friday as well as former Atlanta Legends safety Tyson Graham, Jr., informed me on Thursday that he had a visit scheduled. He was told he would be taking taking a physical on Friday as well.

Graham, who was originally signed by the Indianapolis Colts as an undrafted free agent in 2017 out of South Dakota, failed to make a roster during his rookie season. He ultimately landed with the Falcons in April of 2018. After spending all of training camp and the preseason with the Falcons, Graham was waived by Atlanta prior to the start of the 2018 regular season.

At South Dakota, Graham played in 44 games and finished his collegiate career with 233 tackles, five interceptions, and three sacks.