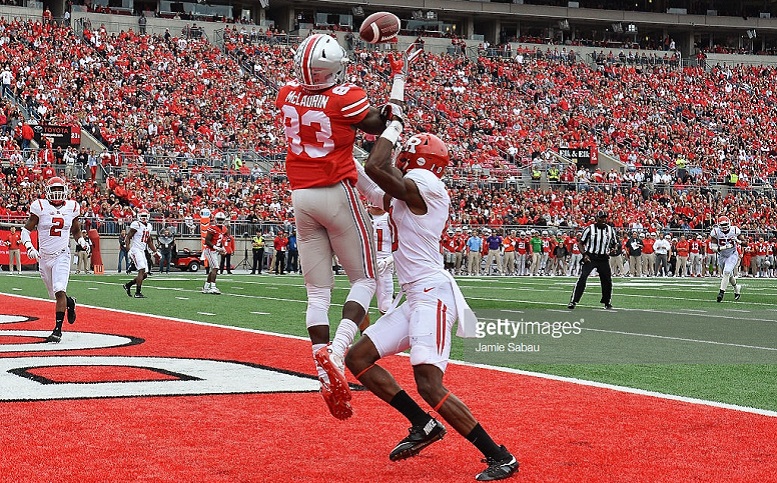 With the 2019 NFL Draft still several hours away from getting started in Nashville, TN, we have time to examine one last mock. I figured the last mock I would post this year should be the three-round offering from Mike Renner of Pro Football Focus that was released Thursday morning as it certainly includes four interesting selections for the Pittsburgh Steelers.

In the first-round of his final mock draft of 2019, Renner has the Steelers selecting Temple cornerback Rock Ya-Sin at 20th overall and he even has them passing up fallen Michigan linebacker Devin Bush to do so.

Renner writes of the Ya-Sin selection:

The Steelers have famously stuck to their guns when drafting secondary, and Ya-Sin would be no different.

I’m not too sure what Renner means by the Steelers famously sticking to their guns when drafting secondary, but whatever. While Ya-Sin has been a very popular first-round mocked selection for the Steelers this past week, them ultimately picking him Thursday night at 20th overall should be considered a bit of a surprise based on several years of their drafting history. Ya-Sin was just a one-year FBS player at a non-Power Five Conference school for starters. Neither Steelers general manager Kevin Colbert nor head coach Mike Tomlin attended the Temple pro day this year although both surely got to talk some to Ya-Sin during the week of the Senior Bowl. Additionally, the Steelers did bring Ya-Sin in for a pre-draft visit this year so there’s that. Would the Steelers really pass up Bush for Ya-Sin should the opportunity ultimately present itself? I guess we’ll have to wait a few more hours to find out. By the way, Renner has Ya-Sin as being the first cornerback drafted this year.

In the second-round, Renner has the Steelers selecting West Virginia tackle Yodny Cajuste with the 52nd overall pick in this year’s draft.

Cajuste, who measured in at this year’s scouting combine at 6047, 312-pounds with 34-inch arms and 10-inch hands, isn’t a player we’ve discussed much, if any, in relation to the Steelers possibly drafting him this year and that’s because tackle isn’t a huge need for the team this year. Cajuste, who had a few knee injuries during his college career at West Virginia, ended his college career having started 30 games at left tackle. While Colbert and Tomlin both attended the West Virginia pro day this year, it’s hard to imagine Cajuste as being the primary prospect they were both there to see. Should the Steelers ultimately select Cajuste in the second-round of this year’s draft, it should be considered a huge surprise.

Renner then has the Steelers selecting Ohio State wide receiver Terry McLaurin with their first of two currently scheduled third-round picks, the 66th overall in this year’s draft.

While McLaurin, who had a fantastic combine performance this year after measuring in at 6001, 208-pounds with 31 1/2-inch arms and 9 1/8-inch hands, is a very intriguing wide receiver prospect in this year’s draft, he exits Ohio State having caught just 75 passes for 1,251 yards and 19 touchdowns in the 54 games he played in. He lined up all over the place in the Ohio State offense and thus could potentially fit in the Steelers offense as a X wide receiver. While the Steelers didn’t seem to pay much mind to McLaurin during the pre-draft process, it shouldn’t come as a huge surprise should they ultimately select him in the third-round. He did make quite a few big plays at Ohio State and reportedly made a strong showing at this year’s Senior Bowl as well.

Later in the third-round of his final mock draft of 2019, Renner has the Steelers selecting Florida linebacker Vosean Joseph with 83rd overall pick.

Joseph, who measured in at this year’s scouting combine at 6014, 230-pounds with 31 3/8-inch arms and 9 5/8-inch hands, was hampered by a hamstring injury while in Indianapolis and also at his pro day. As a result of that, Joseph never ran the 40-yard dash and put up lackluster numbers in the other drills he did at his pro day, with possibly Steelers inside linebackers coach Jerry Olsavsky in attendance. At Florida, Joseph registered 161 total tackles of which 14 resulted in lost yardage. He had 4 sacks, defensed 8 passes and recorded a forced fumble and an interception in the 37 games that he played in. If the Steelers ultimately wait until late in the third or fourth-round to address the inside linebacker position this year, Joseph might be a player they consider drafting.