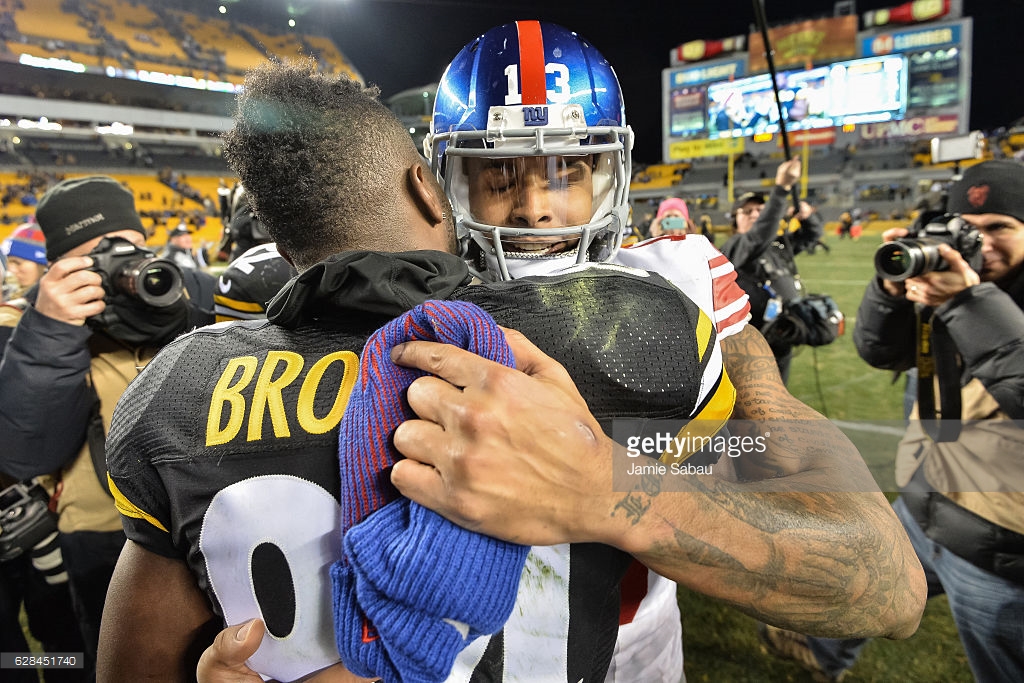 Odell Beckham, Jr. is one of the top wide receivers in the NFL, hoping some of the best numbers up to this point in his career that have ever been recorded in league history. That includes but is not limited to his 92.8 receiving yards per game, which is second only to Julio Jones at 96.7 yards per game.

He made some of the biggest plays in the game and did so in the biggest market, getting, at the time, the biggest contract a wide receiver had ever gotten. And a year later, the New York Giants traded him away to the Cleveland Browns as the two teams appear to be heading in opposite directions. The Giants only reached the postseason once in Beckham’s five years there.

Arguably one of the reasons that the Giants were seen to be comfortable making the deal was because of some of the ‘off-field concerns’ that existed with Beckham, which included a couple of on-field tantrums, at least one being a literal fistfight with a defensive back.

During his pre-draft press conference, Giants General Manager David Gettleman defended his track record, saying, “I like my resume so far”. At another point, he was asked if New York had a cultural problem in the locker room, which he talked about as being key to winning. He said, “not anymore”.

Many took that to be a veiled reference to Beckham, including Beckham himself, which initiated a response from the wide receiver via Twitter. In fact, he spent much of the way Tweeting, which included responding to comments from other users.

“I’m a winner, I don’t accept losing and making excuses for it”, he said in one Tweet. “So me speaking up to hopefully change a culture into somethin better, is bad for the culture?”. In another Tweet, he said that he “gave [the Giants] everything I had”.

He told another user who said that he will be back with the Giants after losing for a few years in Cleveland that he would never be coming back. He referred to Gettleman’s comment about not signing him to trade him and said that you don’t get married to get divorced. He called the trade and presumably the GM’s comments “beyond disrespectful” and said he wanted nothing but the best for the Giants while he was there.

“Ask any one of my teammates of who I was as a teammates and a man and a person”, he went on in yet another Tweet in response to another Twitter user. “Yes I’m cancer to a place that’s ok wit losing because I want to win that BADDD”.

Meanwhile, the Giants are seemingly clinging to the corpse of Eli Manning as the Browns move forward with an exciting young quarterback in Baker Mayfield. It’s kind of amusing to see the polarities between the Beckham trade and the Antonio Brown trade.