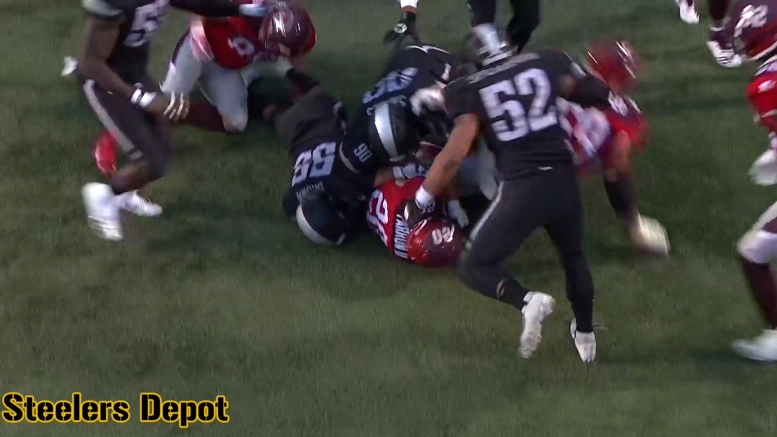 NFL teams have had the ability to sign former Alliance of American Football players for roughly a week now, give or take. During that time, a number of NFL teams—some more than others—have signed a few dozen players from the failed league, with many more still yet to participate in tryouts. The Miami Dolphins have led the way with seven signings from the AAF, while the Pittsburgh Steelers also now have six, as do the Carolina Panthers.

The distribution of experience in that talent pool, though, probably shouldn’t surprise you, as according to Jason Fitzgerald from Over the Cap, the majority of those players were with NFL teams at some point in 2018, so their time away hasn’t been too dramatic.

By the numbers, Fitzgerald has 37 players known to have signed with teams from the AAF, and of them, 14 spent time on practice squads in the NFL in 2018. Another nine of them were on 90-man rosters in the offseason, while four were actually on NFL 53-man rosters at some point last year.

10 other players, however, either had experience with the NFL dating no more recently than 2017 or none at all. These players range from meaningful contributors to NFL teams in the past to players who have literally never been under contract with a professional football team before the AAF.

As for the Steelers, their six former AAF players have largely come from the Birmingham Iron, and their most recent is also their most familiar. Defensive lineman Casey Sayles has spent time on offseason rosters in the NFL for the past two years as a former college free agent, but never on a practice squad.

Offensive lineman J.C. Hassenauer I don’t believe has had any prior NFL experience before, but safety/cornerback Jack Tocho was originally a seventh-round draft pick by the Minnesota Vikings out of NC State in 2017. He spent the next two years bouncing on and off of practice squads, finishing the 2018 season in Washington.

6’2” cornerback Kameron Kelly was an undrafted free agent of the Dallas Cowboys last year; however, he didn’t even make it to the preseason with them, and never signed with another team until he joined the San Diego Fleet in the AAF.

Winston Craig, another defensive lineman, was originally signed by the Philadelphia Eagles following the 2017 NFL Draft. He would send brief periods of time on their practice squad over the course of the next couple of years before playing for the San Antonio Commanders in the AAF.

Finally, there is JT Jones, an outside linebacker. He was an undrafted free agent signed by the Atlanta Falcons in 2017, where he spent time on their 90-man roster through the preseason that year, and did spend the season on the practice squad, but he did not return to the practice squad last year.

So the Steelers’ group of AAF players is pretty inexperienced, none of them NFL veterans who have even spent one single game on a 53-man roster at any point in their lives. Will any of them be able to change that in 2019?