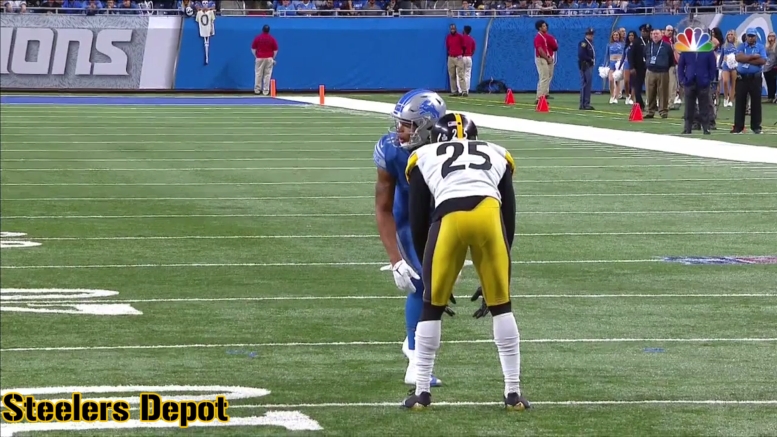 One of the most popular—or at least one of the most common—exercises that we see within the NFL reporting community in the offseason leading up to the draft is the notion of a ‘draft re-do’, in which people pose an alternate NFL Draft with the benefit of hindsight.

ESPN recently posted a variation on this exercise in which their local reporters for each team selected one pick from the past five drafts that the team they cover would desperately like to have a second crack at after having experienced the aftermath of their decision.

It shouldn’t be a great surprise, or really any surprise at all, that the selection made by Jeremy Fowler was the Steelers’ first-round draft pick in 2016. The front office used that pick on junior Miami cornerback Artie Burns after they saw the Cincinnati Bengals take William Jackson III off the board right in front of them.

Burns started by the middle of his rookie season, recording three interceptions, but he had taken significant steps back the past two years, culminating in his being benched last season. He is in danger of not even making the team heading into the 2019 season three years into his career.

The alternative player that Fowler suggested for the Steelers is Miami Dolphins cornerback Xavien Howard, who was selected early in the second round that year. Howard made the Pro Bowl in 2018 with a league-leading seven interceptions (with 11 in his career) as Burns lost his role in the secondary.

Fowler essentially said the same thing in his entry, so there’s really no point in directly quoting him, but the reality is that this was the easy pick to do over. Burns is the only first-round pick in the past five draft classes who is not in the starting lineup and at least contributing at a reasonably competent level.

Add in the fact that the Steelers only had eight interceptions as a team, and you can see why it might be nice to have a player at the cornerback position who is even physically capable of intercepting seven passes in one season. It’s been a long time since the team has had that.

If the Steelers had Howard, they wouldn’t have had to go out and spent $25.5 million over three years on former Kansas City Chiefs cornerback Steven Nelson, for one thing. And they would still control Howard for two more seasons after inevitably picking up his fifth-year option, which they will assuredly not do for Burns.

While this isn’t the only pick screaming for a do-over (how about 2015 second-rounder Senquez Golson or third-round pick Dri Archer?), it is certainly the one that could have the biggest impact in changing the team’s fortunes in one shot. Low-hanging fruit, but Fowler was on-point all the same.