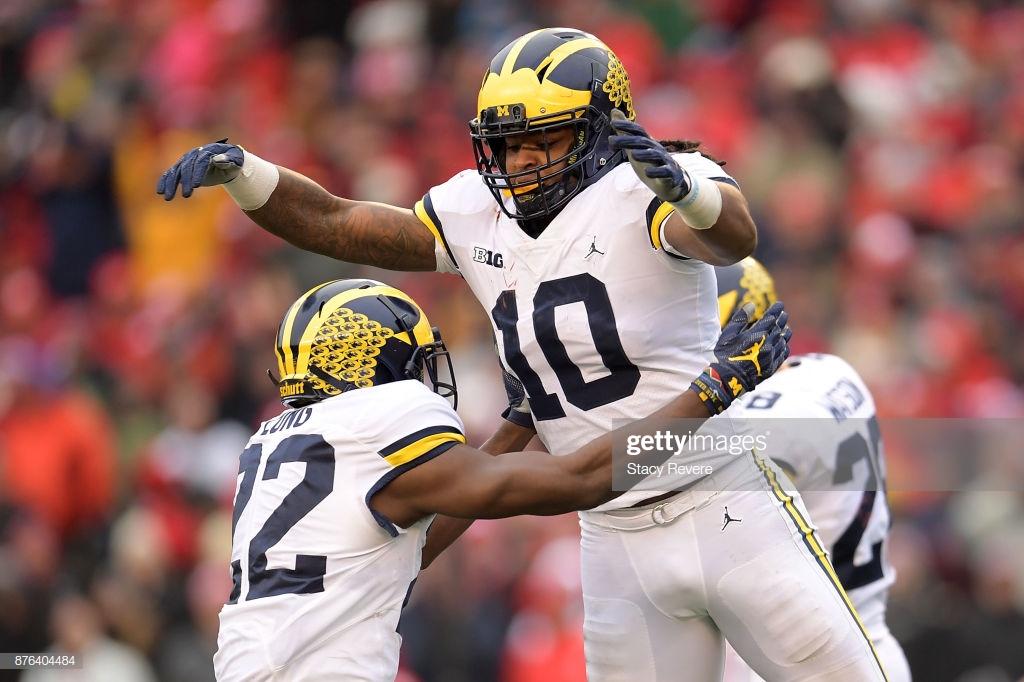 For only the third time in Kevin Colbert’s tenure as General Manager, the Steelers moved up in the first round to select a player. That selection was Michigan linebacker Devin Bush.

With the Cincinnati Bengals possibly poised to take him with pick number eleven a trade was brokered to jump ahead and the cost of the trade was right along the lines of what that pick was work according to the trade charts. The gave up this year’s first round pick (#20), this year’s second round pick (#52) and a 2020 third round pick.

Bush seemed to be target throughout the pre-draft process and I’m sure this pick makes many Steelers fans happy.  Despite Kevin Colbert saying in his Monday press conference that, “Drafting for need has never built a winning franchise” that seems to be what he has chosen to do.

As far as where Bush was drafted it seemed to right on par to where the experts saw his value.  The NFL Network’s Daniel Jeremiah had him listed as his #9 prospect and had this to say:

“Bush is a little undersized for the position (5-11, 234 pounds), but he makes up for it with instincts, twitch and production. He’s excellent as a zone dropper against the pass — quick to key routes and get a jump on the ball. In man coverage, he has the speed to run with tight ends and running backs, but he gets a little too grabby down the field. He is an excellent blitzer, using a dip/rip move to defeat running backs. Bush really excels in the run game. He is quick to identify, fill and chest up runners. He is also capable of shocking and shedding guards when they work up to the second level. He has a high batting average as a tackler and provides some huge hits. Overall, Bush is a three-down linebacker, and he’ll provide the team that drafts him with a physical presence.”

“A three-year player whose father had a long NFL career, Bush is undersized (5-11, 234 pounds), but long on speed (4.43 40) and athletic ability (6.93 three-cone, 40.5-inch vertical jump). He’s a three-down player who has great energy and toughness and good instincts. The very competitive Bush will bring a grittiness to whichever defense he joins. He has very good character. Bush will most likely be a weak-side linebacker in the NFL and should make the team he joins better while starting as a rookie.”

And our own Nick Farabaugh had him listed at #22 in his Top 300 Big Board and had this to say about him:

“Bush is a missile that is playing LB honestly. He is the most polished and complete LB in the class with good athleticism and elite instincts at the LB position. He does have some issues block shedding, but when Bush is on the field, he is a difference maker in coverage and in the run game.”

Pittsburgh sent a large contingency to Michigan’s Pro Day so we knew the interest was there. The question became would he get to a point that would be close enough that moving up would be feasible.

It was a position of need and while they had to pay a lot, they didn’t have to overpay. Losing the second round pick isn’t enviable but the 3rd pick they got from Oakland is high enough that they can pair it with a late round pick and move back up.

Overall: This is high value pick. It was a player they coveted and found a way to get him. The price was fair and it fills a major position of need and infuses speed into the middle of a defense that has been missing since the injury to Ryan Shazier.