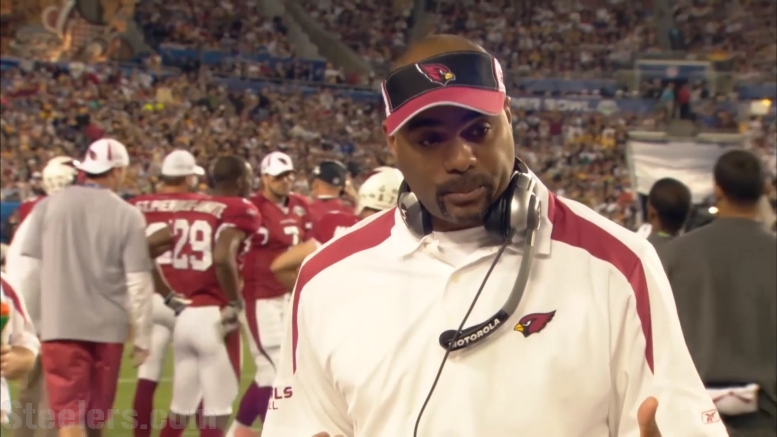 The Pittsburgh Steelers have made a number of changes to their coaching staff over the past two years, some being made by choice, others forced upon them. In some cases, they have reduced their numbers, folding the quarterback and outside linebacker position coaches into the duties of their offensive and defensive coordinators’ purview, respectively.

But this offseason they also added an additional coaching position to the staff in order to accommodate the hiring of Teryl Austin, an area native who has most recently served as defensive coordinator for the Detroit Lions and Cincinnati Bengals and has been interviewed for head coaching positions for several years.

Austin’s official title is ‘Senior Defensive Assistant/Secondary’, where he will work with Tom Bradley with the defensive backs. I believe it was Gerry Dulac who suggested that the two would divide responsibilities between the safeties and cornerbacks. But Head Coach Mike Tomlin has a larger role in mind for him.

“Essentially he’s a secondary coach, but I’m acknowledging that he brings some unique talents to the table as a secondary coach”, he told Missi Matthews in an exclusive interview for the team’s website. “He has experience as a coordinator. He’s also a guy that’s been on the doorstep of some head-coaching positions in recent years”.

“He brings that know-how and that preparation, anticipating using him in terms of some situational things, be it replay and judgement in games to help us in a lot of ways, because that’s something that he’s been preparing for in his aspirations to be a head coach”, Tomlin added. “So he has a lot of additional talents that could be beneficial to us beyond his secondary expertise, and I think that’s reflected in his title”.

This is not a shock, but hadn’t been previously confirmed. We originally were told that the Steelers were considering bringing somebody in to assist with things like replay challenges. Then we were told that it would be somebody on-staff who would handle those tasks, but we weren’t told who. Now we know.

In his 12-year head coaching career, Tomlin has won 32 of 71 challenges all-time, but his success rate has gotten demonstrably worse. He has been 0 for 9 over the past two seasons and won two of five challenges in 2016.

Outside of challenges, Tomlin’s situational playcalling and clock management have been questioned over the years—sometimes fairly, other times not. His decision to attempt a fake punt on fourth and five last season certainly had people scratching their heads, both due to the circumstances and the actual play that was run.