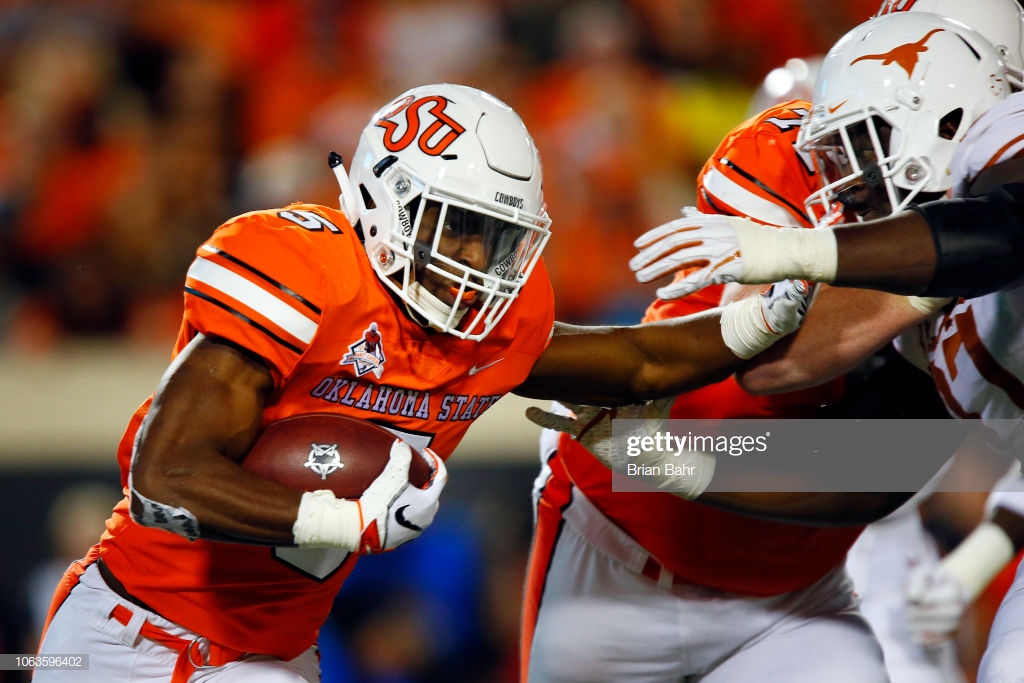 Today the running backs are going through the paces at the 2019 NFL scouting combine in Indianapolis and it looks like Oklahoma State product Justice Hill will be one of the fastest ones in this year’s class. Hill, who met with the media at the combine on Thursday, in addition to meeting with teams, reportedly did meet with the Pittsburgh Steelers, according to Boone Pickens State.

Steelers GM and HC have had conversations with Justice Hill at the @NFL Combine.

In his three seasons at Oklahoma State, Hill rushed for 3,539 yards and 30 touchdowns on 632 total carries. He also caught 49 passes for another 304 yards and a touchdown.

The Steelers drafted two players out of Oklahoma State last year in wide receiver James Washington and quarterback Mason Rudolph and thus both should be able to tell the organization quite a bit about Hill should they need any additional information as to the kind of teammate that he is.

The Steelers can meet with up to 60 draft prospects for 15 minutes each at the combine.