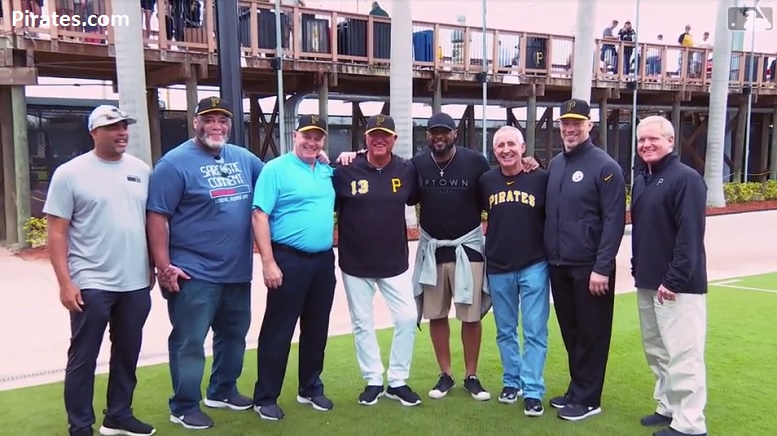 The second day of the NFL’s annual two-day negotiating period for potential unrestricted free agents is beginning to wind down and the Pittsburgh Steelers have yet to come to terms with any players as of the time of this post. In case you’re curious, Steelers general manager Kevin Colbert and head coach Mike Tomlin, along with several other members of the team’s coaching staff, spent Tuesday in Bradenton, Florida visiting the Pittsburgh Pirates as they begin to wind down their annual spring training.

It's always great to catch up with friends in Bradenton.

Today, GM Kevin Colbert, @CoachTomlin and crew stopped by for a visit. #BurghProud, even in Florida. pic.twitter.com/tZHS62vmQb

That group of Steelers contingent that visited the Pirates on Tuesday also included Steelers special teams coordinator Danny Smith, inside linebackers coach Jerry Olsavsky, defensive line coach Karl Dunbar and assistant defensive Teryl Austin. All reportedly make their way to Clemson on Wednesday to observe the team’s annual pro day that’s scheduled to take place on Thursday, according to Jim Colony of 93.7 The Fan on Twitter. Should the Steelers arrive at Clemson on Wednesday, there’s a good chance they’ll have dinner with a few draft prospects from that school later in the evening.

#Steelers GM Kevin Colbert and Coach Mike Tomlin made their annual #Pirates spring training appearance before attending Clemson pro day tomorrow. Colbert had a chance to snag a foul ball but it slipped through his hands.

Jalen's ready to give it all he's got on Pro Day.

Stick with us Thursday for full cover of our 2️⃣4️⃣ 🐅#ALLIN pic.twitter.com/XAfxDEgwmS

'It’s good to be in that environment when they are just starting their journey. It whets our appetite for the very beginning of our journey.' – @CoachTomlin on making a stop @Pirates spring training