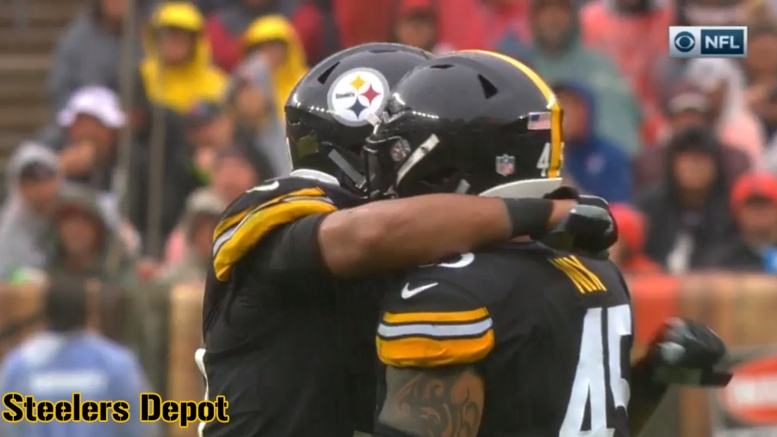 Roosevelt Nix is seemingly becoming the forgotten man with the Pittsburgh Steelers. I base this at least in part on the fact that I pretty literally forgot about him, including both in my review of the running back position and in the initial wave of exit meeting articles.

It’s not entirely without reason. He played a career-low 84 snaps last season on offense, after having had a career-high 141 the year before. That might not seem like a gigantic swing, but it can be when you’re dealing with such a small sample size. He only averaged a little over five snaps per game in 2018, and it hardly even felt like that much.

That’s not because the Steelers have soured on him or anything, at least to my knowledge. They signed him to a long-term contract and he remains a fixture of the special teams units, through which he has job security.

But Pittsburgh threw the football more than any team in the NFL short of the Tampa Bay Buccaneers last season, and that was close—and with two quarterbacks in Ryan Fitzpatrick and Jameis Winston. On the flip side, that also suggests that they ran the ball about as infrequently as anybody in the league. As it should happen, that theory checks out.

But perhaps that will change in 2019. While the short passing game was actively used by first-year offensive coordinator Randy Fichtner as an extension of the running game, both Art Rooney II and Kevin Colbert have made passing remarks about potentially wanting to be ‘more balanced’ going forward.

And it’s not like Antonio Brown is there anymore to take up 200 targets per season. When you lose an All-Pro receiver, it doesn’t matter who your quarterback is, your offense is going to deviate slightly away from a heavy focus on the passing game.

The Steelers also have a Pro Bowl running back James Conner and an emerging backup in Jaylen Samuels whom they want to utilize. Conner didn’t get to work a whole lot with Nix as his lead blocker last season, so that’s something that we could see more of in 2019.

Even if things change, of course, it’s not going to be radically significant. It might mean 120 snaps instead of 80, for example, but that is a 50 percent increase, so it’s far from negligible. And it can be crucial in situational football.