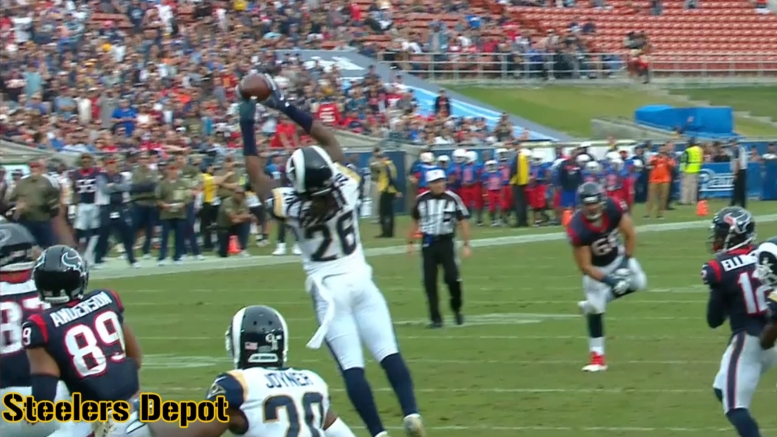 Yeah, Mark Barron might be a little undersized at linebacker. You know what? Most linebackers today are “undersized.” That’s become the nature of the position, of the game, one that cares more about how well you can cover in space, not if you tip the scales at 240+.

That’s the point Mike Tomlin made when asked how Barron fits into the Pittsburgh Steelers’ defense and if his stature is any cause for concern.

“I think maybe if he was five years younger, he might have been a linebacker,” he told Steelers.com’s Missi Matthews. “I think a lot of the guys who come into the game now that look like him wear 50 numbers. I think it’s really a reflection of the evolution, the continual evolution of the game. You get some guys who were highly decorated college safeties. Like him and Thomas Davis who was an All-American safety at Georgia. Over the course of their careers, they’re transitioning to all-situations linebackers because of an adaption, an adaptive element that’s part of this game.”

By the way, that’s more evidence of Tomlin’s man-crush on Thomas Davis. I’m convinced Kevin Colbert had to take away Tomlin’s phone just so he wouldn’t sign him.

Coming out of college, Barron was listed at 6’1 213. Now, his weight is a reported 230 pounds. 6’1 230 makes him taller than Devin White or Devin Bush and only a couple milkshakes away from being equal in weight. So Barron’s lack of size, on paper, isn’t a huge concern, though we have noted some of the issues he has in defeating blocks in the run game.

Missi Matthews also caught up with Barron’s former coach Sean McVay to get perspective on the type of player and person the Steelers are getting.

“Elite speed. Elite athleticism,” he said. “But he’s a physical, tough football player. Love Mark Barron. He was so important for what we did over the last couple years in LA. Pittsburgh is getting a great competitor, a guy who can a lot of different things. I was talking with Coach Tomlin about it yesterday. They got a great one. Love Mark and wish him nothing but the best.”