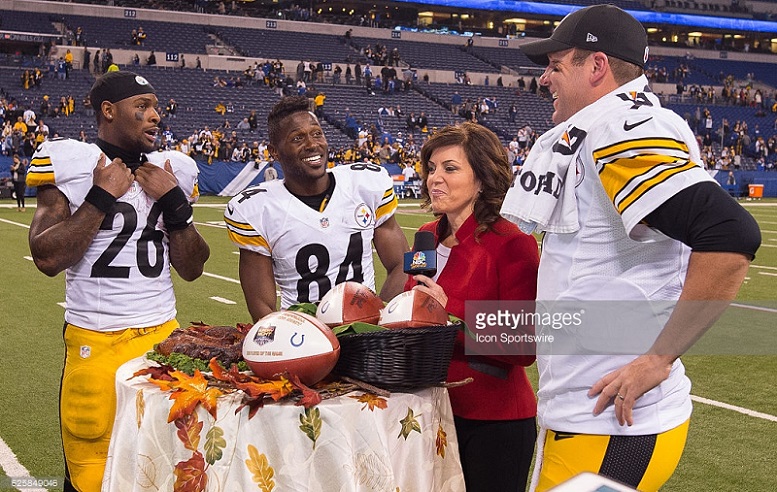 Former Pittsburgh Steelers running back Le’Veon Bell was recently featured in a very insightful and candid interview with Sports Illustrated. While much of the focus will go on Bell’s comments regarding his contract negotiations or relationship with quarterback Ben Roethlisberger, his comments about the team’s 2016 playoff run may sting just as bad but for a much different reason. While the comments on his contract and Roethlisberger may face harsh criticism, his comments on the 2016 playoff run really captures the sad reality of the ‘Killer Bs’ era of Steelers’ football – an era that might as well be renamed the ‘what if’ era.

Bell is of course talking about a groin injury that removed him from that year’s AFC Championship game against the New England Patriots. The Steeles had fallen victim to the Patriots many times over the last two decades but this time was supposed to be different. For the first time, the team took on the mighty Patriots with all three of their Killer Bs in Roethlisberger, Bell and Antonio Brown on the field.

Unfortunately, that would not be the case as Bell exited with a groin injury after just six carries for 20 yards and the Steelers were bullied to a 36-17 defeat with the whole world watching. Bell tells Sports Illustrated that the first time he was tackled in the AFC Championship game, he felt like “his left leg was about to rip off” and was left unable to run wild like he did all season. It was a groin injury that many speculated on during the playoff run and one that Bell confirmed during his Sports Illustrated piece. As the former Steelers’ running back tells Ventras, the groin injury left him “unable to stand up in bed” at one point and made him question if he would be able to finish the Divisional playoff game against the Kansas City Chiefs. Despite even receiving a Toradol shot before the AFC Championship game, Bell’s groin was unable to carry the Steelers to victory like it had all season.

Bell’s claim that 2016 was the Steelers’ Super Bowl year is a common claim in Pittsburgh. The team was riding a nine-game win streak, powered by Bell, who was averaging over 100 yards rushing per game and over 50 receiving yards per game. The running back had arguably put together his best season, totalling 1884 yards from scrimmage in just 12 games. With a career high, 28 touches per game, the Steelers drove Bell to victory but unfortunately when the vehicle stalled, so did its driver.

While the 2016 season may have been the Steelers’ best chance at a Super Bowl, it was just one of the many ‘what ifs’ of the Killer B era. In 2014, it was Bell’s knee. In 2015, it was Roethlisberger’s shoulder, Brown’s concussion and Bell’s knee. In 2016, it was Bell’s groin that left the team hamstrung. In 2017, it was Jesse James’ infamous catch that was not a catch and in 2018 – the story’s final chapter, it was Roethlisberger’s leadership, Bell’s holdout and Brown’s disconnect that plagued the team.

With Bell now a New York Jet and Brown an Oakland Raider, the ‘what if’ era of Steelers’ football has finally turned its final page. The closest the talented trio got to the Super Bowl was 2016 and now with just Roethlisberger left, it will be interesting to see if he can match or surpass the 2016 standard.