Jerald Hawkins won’t be the Pittsburgh Steelers’ starting right tackle in 2019. He’s off scholarship, on the fringe of the roster, on a unit full of talent with most spots locked up. The best he can ask for is a backup opportunity, a chance to stick and bide his time. That means rooting for Chukwuma Okorafor to win Marcus Gilbert’s spot.

Doing so opens up a couple opportunities for Hawkins.

1. Hawkins has a chance to function as the tackle eligible/third “tight end.”

It’s a role he was sparingly used in back in 2017, logging 49 snaps there, all coming over the final month-and-a-half of the year. You see him here against the Green Bay Packers. 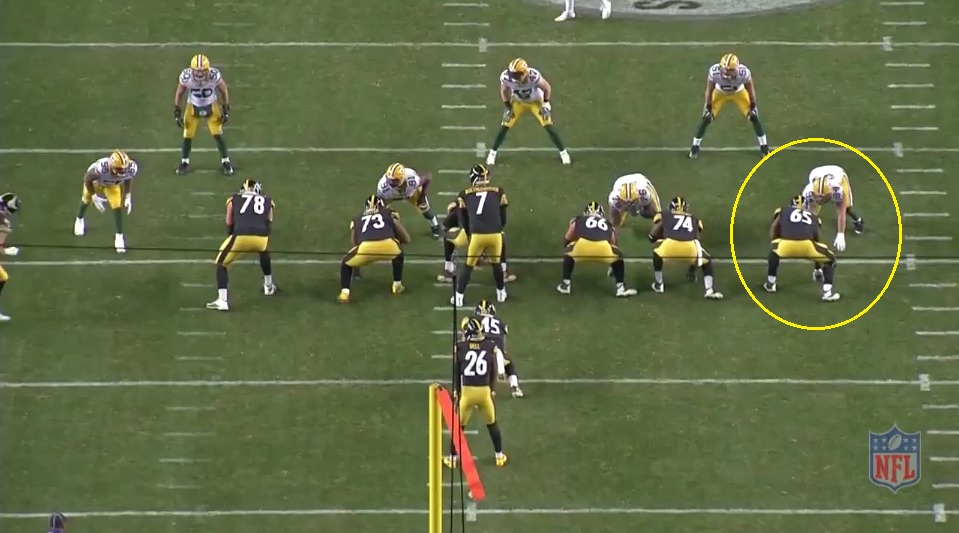 That third tackle is someone with good lateral movement ability. An overall athletic player. Chris Hubbard, Okorafor, players who move well get to fill that spot. Matt Feiler? Not so much. Lot of strength and he played well at right tackle but he’s not an ideal fit for that spot.

But if Feiler wins the right tackle job, then Okorafor is a logical and likelier fit to be that extra tackle than Hawkins. And that obviously hurts Hawkins’ value.

2. Chance to be the swing tackle.

Similar principle here. Okorafor is capable of playing either tackle spot. He was the backup left tackle last year, though Alejandro Villanueva didn’t miss a single snap, so we didn’t see it in action. But Okorafor was the backup in training camp and left tackle was the one spot Feiler didn’t play in camp/preseason so it’s unlikely he’d suddenly kick over there in a game. Make Okorafor for the starter and Hawkins could, in theory, be the backup left tackle, as opposed to moving a young guy like Okorafor around, especially if you want him to focus in on being the starting right tackle (and believe me, you do).

Basically, if Okorafor is the backup tackle, Hawkins is a redundant player. Harder to value him, harder to keep him. But if Feiler is the backup, you can make a much better argument for why Hawkins deserves that final roster spot. Of course, he has to play well, stay healthy, something he’s failed to do two of his first three years, but if you’re looking for a path to playing time, this is his ticket.