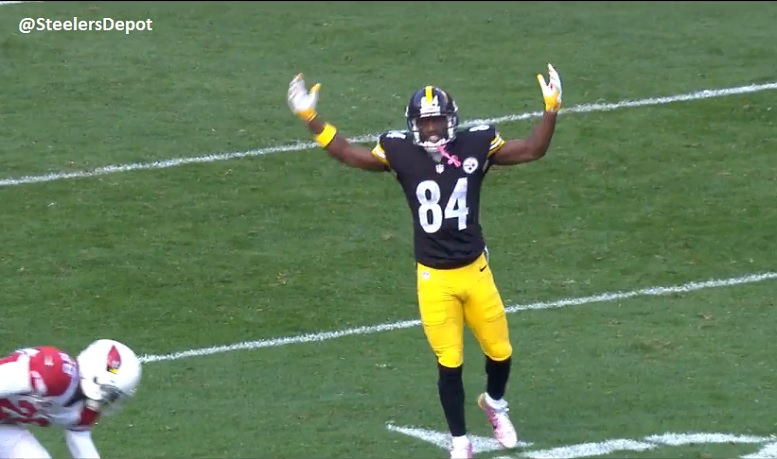 Former Pittsburgh Steelers wide receiver Antonio Brown now figures to have at least one very familiar face throwing him the football at some point during the remainder of the Oakland Raiders offseason.

On Tuesday, the Raiders announced that they had signed former Steelers quarterback Landry Jones, who spent five seasons in Pittsburgh from 2013–2017.

Jones’ addition to the Raiders roster comers just a few days after Oakland signed free agent quarterback Mike Glennon. As of right now, Jones, Glennon and Nathan Peterman figure to be the players battling for the right to backup Raiders starting quarterback Derek Carr in 2019.

Last season, Raiders head coach Jon Gruden only kept two quarterbacks on his initial 53-man roster with A.J. McCarron being the one chosen to back up Carr. The Raiders, however, released McCarron a few weeks ago and that left them with Peterman as the only other quarterback besides Carr under contract for the 2019 season until just a few days ago when Glennon was signed.

“Landry Jones is a guy that’s started and won games in the league,” Gruden said on Tuesday. “He can help us with Antonio’s transition as well. What did they call this in Pittsburgh? Why did he convert his route and do that? So there’s some really interesting side hidden things that Landry can bring to the table.”

As for Jones, after being released by the Steelers just prior to the start of the 2018 regular season, he eventually landed on the roster of the Jacksonville Jaguars for a few weeks after being signed by them in late October. He never played a snap for the Jaguars during his short stay on their roster, however.

Antonio Brown and Landry Jones in 2015 #Steelers game against the #Cardinals. #NeverForget pic.twitter.com/dgAKMxMV1A

It will now be interesting to see if the Raiders draft a quarterback this year. If they don’t, it will be fun to hear about Brown potentially having to catch a few passes from Jones this offseason, assuming the Steelers former fourth-round draft pick out of Oklahoma sticks on the Oakland roster the remainder of the offseason.

The Raiders are certainly a prime candidate to be featured on HBO’s ‘Hard Knocks’ this year and with Brown and former Cincinnati Bengals linebacker Vontaze Burfict now both on the Oakland roster, that football documentary certainly would figure to be must-see-tv.